Greene endorses Loeffler for US Senate

DALLAS, Ga. - A controversial candidate says she is backing Sen. Kelly Loeffler in her re-election bid.

The endorsement could be a boost for Loeffler, who is fending off a challenge from her fellow Republican, Rep. Doug Collins, one of President Trump's staunchest allies in congress. 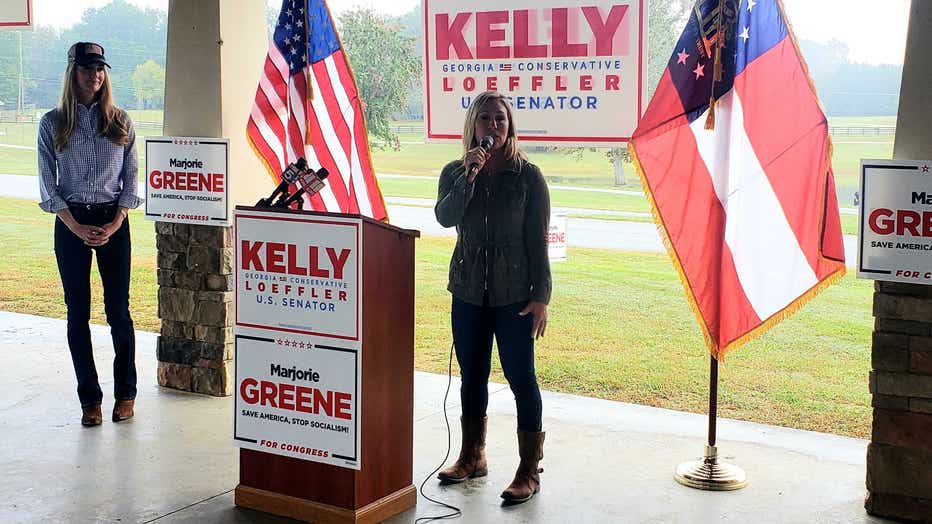 On Thursday, Loeffler sough to align herself, as well as Greene, with the president and his goals in Washington.

Greene has created some controversy over reports she has embraced the far-right QAnon conspiracy theory.