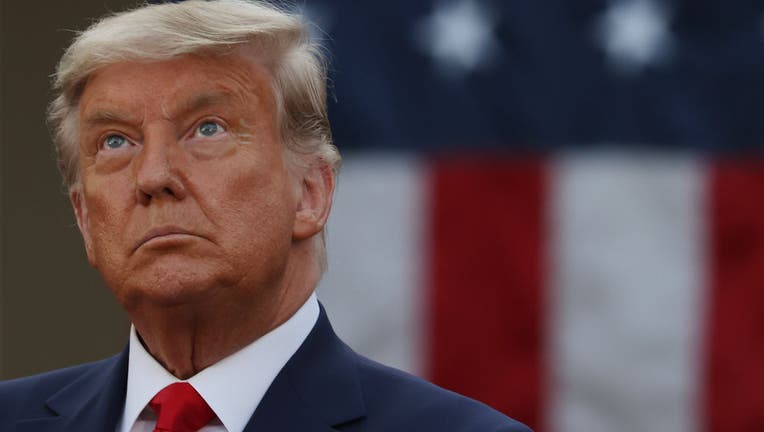 President Donald Trump speaks about Operation Warp Speed in the Rose Garden at the White House.

ATLANTA - President Donald Trump has announced details about his weekend visit to Georgia to rally supporters in the hopes of keeping the state's Senate seats in Republican hands.

Wednesday, the president's election campaign said Trump would appear at a Victory Rally hosted by the Republican National Committee in Valdosta on Saturday at 7 p.m.

Also appearing at the rally will be Sen. David Perdue and Sen. Kelly Loeffler, who both are facing Democratic challengers for their Senate seats, Public Service Commissioner Lauren "Bubba" McDonald, and other members of the party.

The president's announcement comes a day after Voting Systems Manager Gabriel Sterling urged the president, senators, and other Republicans to reduce their allegations of voter fraud and calm supporters, warning that the current threats of violence could turn dangerous.

Trump had previously called Secretary of State Brad Raffensperger an “enemy of the people” and said Gov. Brian Kemp was a "hapless" governor who had allowed Georgia to be “scammed.”

Voting Systems Manager Gabriel Sterling says 'someone is going to be killed' over the misinformation about Georgia's election.

“Like many officials, as someone who has been the subject of threats, of course Senator Loeffler condemns violence of any kind. How ridiculous to even suggest otherwise,” Loeffler campaign spokesman Stephen Lawson said. “We also condemn inaction and lack of accountability in our election system process — and won’t apologize for calling it out.”

Republicans leadership in Georgia, including Raffensperger and Sterling, have urged the president and members of the party to focus on the state's Senate race. On CNN Tuesday, Lt. Gov. Geoff Duncan warned that the consequences could be harmful to the Republican Party.

"I think short term we run the risk of alienating voters for our Senate race that is coming upon us for Sen. Loeffler and Sen. Perdue. And we need them. I want them in that Senate," he said. "And long term, I think we hurt the brand of our Republican Party, which is certainly bigger than one person long term."

The GOP needs one more seat for a majority in the Senate. Democrats need Jon Ossoff to defeat Perdue and Raphael Warnock to defeat Loeffler to force a 50-50 Senate, positioning Vice President-elect Kamala Harris as the tie-breaking majority vote.

Vice President Mike Pence will also travel to Georgia at the end of this week visiting Savannah on Friday after a trip to the Centers for Disease Control and Prevention.