The president along with the first lady participated in a drive-in rally in Georgia on Thursday to mark President Biden's 100th day in office.

ATLANTA - For the second time since taking office, President Joe Biden will be making his way to Georgia.

Thursday is a busy day for the president and first lady Jill Biden in the Peach State.

On Biden's 100th day in office, the president will start with a trip to meet with former President Jimmy Carter and his wife Rosalynn in Plains, Georgia. The 96-year-old former president and the 93-year-old former first lady were unable to attend Biden’s inauguration because of the coronavirus pandemic. Both couples are now vaccinated, and the Carters have resumed worshipping in-person at their longtime church.

Biden was a young Delaware senator and Carter ally during the Georgian’s term in the White House, from 1977 to 1981. Carter is now the longest-lived American president in history.

President Biden and first lady Jill Biden will meet with Jimmy Carter and host a drive-in rally in Georgia to celebrate the president's 100th day in office.

The President and the first lady will end their visit with a drive-in car rally at the Infinite Energy Center in Duluth around 6 p.m. before flying back to the White House. 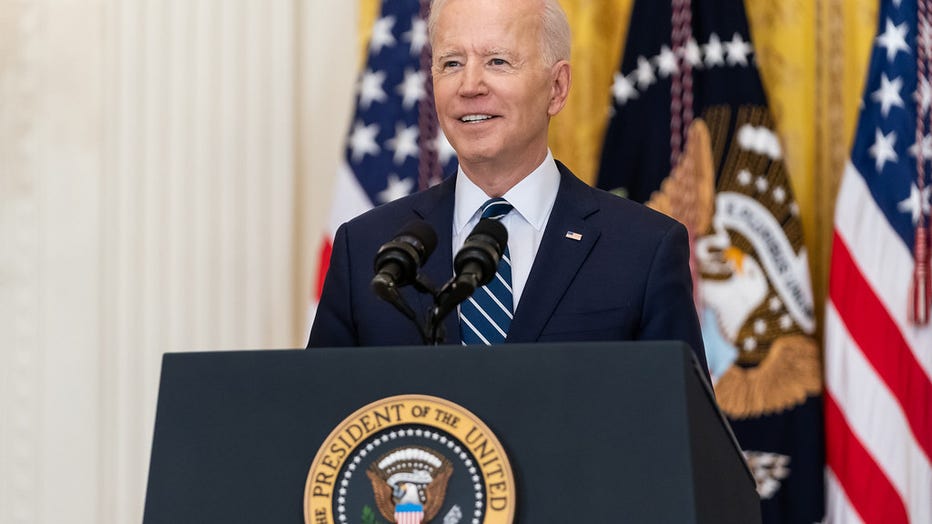 Biden's visit comes the day after his first joint address to Congress, where the president talked about the troubles Americans have faced over the last year.

"Now, after just 100 days, I can report to the nation: America is on the move again," Biden said.

Officials with the Biden Administration say the president will use the rally to highlight fulfilling his promises to the American people in his first 100 days including sending a third round of stimulus checks to Americans struggling financially during the pandemic.

Biden had previously been in Georgia in March with Vice President Kamala Harris.