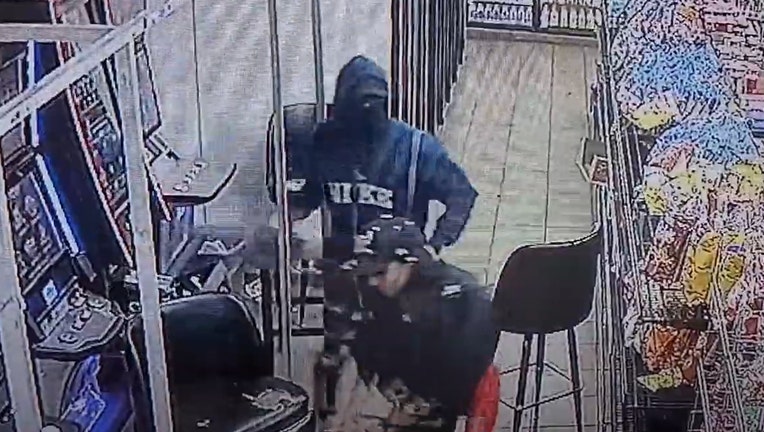 Two suspects attempted to break into a gambling machine at a Atlanta food mart. Photo courtesy of APD. (FOX 5 Atlanta)

ATLANTA - Police in Atlanta are searching for two people seen on security cameras robbing a gambling machine inside a food mart in Atlanta.

Police said at around 2 a.m. on Sept. 11, a man and woman entered a Chevron gas station at 1683 Lakewood Avenue and begin playing on the machine.

They left and returned at around 6:30 a.m., police said, and the man was armed with a crowbar.

Police said the man began breaking the machine with the bar while the woman stood watch.

The woman removed the cash box inside the damaged coin machine and they both left. Police said the man fired a gun into the ceiling as he and the woman left the store. It apparently damaged parts of the center cashier window frame, according to a police report.

Police said both suspects sped off.

Atlanta police are working to identify both suspects. The woman appears to be wearing a black hat, with a black shirt and jacket and red pants. The man's face was covered in security camera footage, but he appeared to be wearing a blue zip-up hoodie that said "NIKE" across the front. 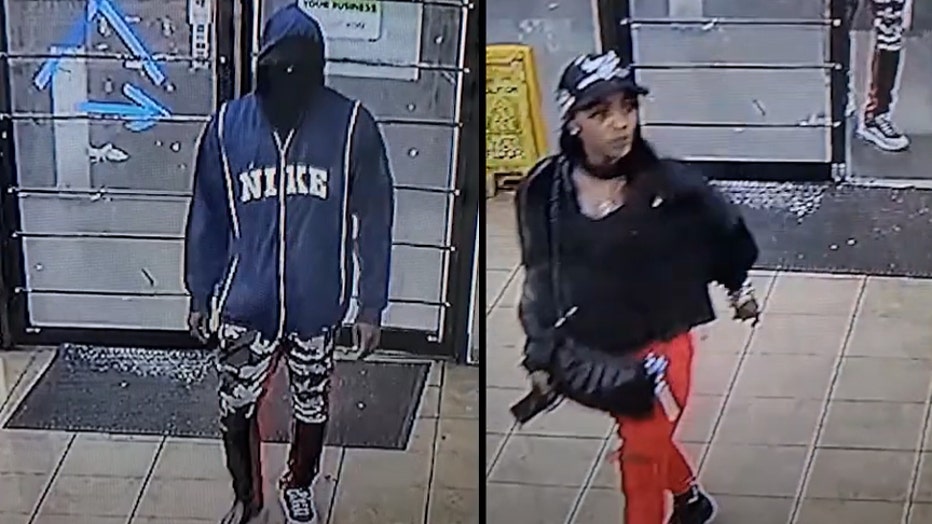 Police ask anyone with information to contact the Atlanta Police Department’s Robbery Unit at 404-546-2555 or submit a tip anonymously by calling Crime Stoppers Atlanta tip line at 404-577-TIPS (8477), visiting www.crimestoppersatlanta.org or by texting CSA and the tip to CRIMES (274637).