A homeless man is accused of setting fire to an apartment in Roswell.

ROSWELL, Ga - Dozens of people are without a home after an apartment fire in Roswell. Roswell police believe the fire was set intentionally, and they have identified the suspect.

The fire happened after midnight on Thursday at The Crossings at Holcomb Bridge apartment complex. One of the residents who lives in another building helped bring people to safety.

McCoy saw the flames from his apartment and immediately ran to help.

"Really, everybody was sleeping, so nobody really knew. They were all shocked to see there was a fire in the hallway," said McCoy.

Roswell police said Perry Aubuchon was a suspect in connection with the fire. According to the police, he got into an argument with residents. At one point, he threatened them and use lighter fluid to start the fire. The fire quickly spread and overtook the building.

"One person had to dive off the third floor from the back," said McCoy.

On Saturday, Roswell police announced a suspect had been arrested. 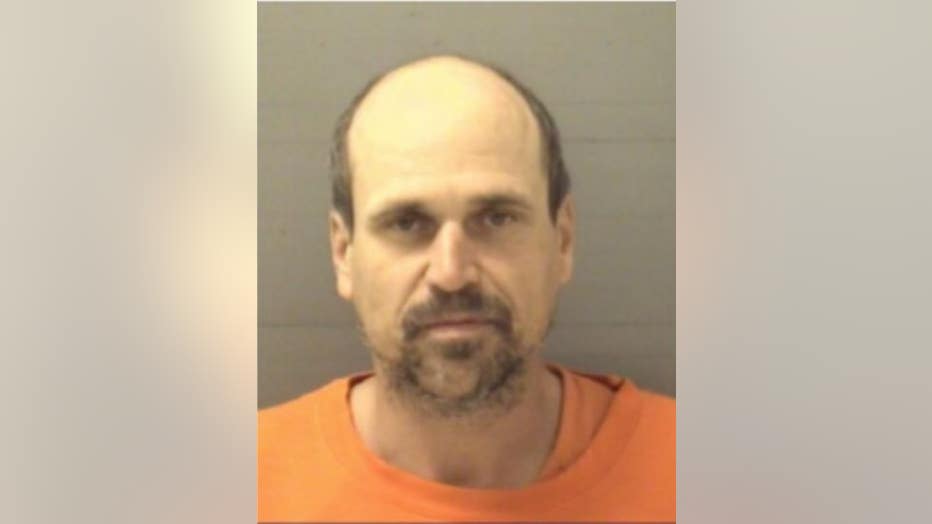 Roswell police said Aubuchon had 43 separate warrants for his arrest.

"When I ran through the fire, it was so hot that I had to run back out and knock on doors at the same time," said McCoy.

According to police, Aubuchon has an extensive criminal background. He was wanted for cruelty to children and animals, aggravated assault, criminal damage to property, and arson.

"It's crazy because we walk around here, we're always outside," said McCoy, "We never knew somebody would do something like that."

The Red Cross said between 25 and 30 units were damaged from the fire. They have helped 19 families, a total of 52 people who are now displaced.

Police describe Aubuchon as being about 5-feet-10-inches tall, weighing about 195 pounds. Investigators said he is known to frequent the area of Old Dogwood Road as well as the surrounding area of Georgia Highway 9 and Georgia Highway 140.