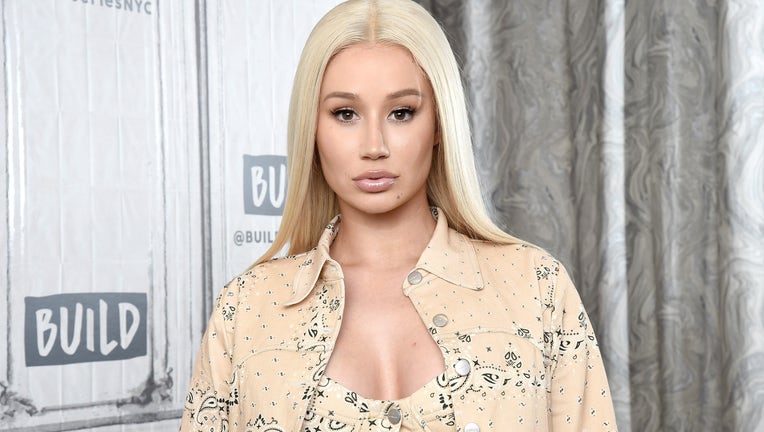 ATLANTA - More than $350,000 in custom-made jewelry was reported stolen from a popular singer and rapper’s rental home in Buckhead, according to a police report.

Amethyst Kelly, who goes by the stage name Iggy Azalea, and her boyfriend, Atlanta rapper Playboi Carti, whose real name is Jordan Carter called police on Nov. 17 to report a break-in at a rental home in the 2900 block of Howell Mill Road NW which took place two nights’ prior, a police report obtained by FOX 5 Atlanta states.

The couple reported about $366,00 in jewelry inside a blue Goyard bag was stolen from the second-floor dining room, the report states.

Kelly told officers she had heard sounds like footsteps coming from the dining room, but thought they were Carter. The couple gave officers the video of the suspect wearing a dark mask and gloves prowling around the outside of the home and then entering it about 9:51 p.m., spending 8 minutes inside, and then leaving, the report states. There were no cameras inside.

The police report lists the following items were taken from the home:

Police have not released the video of the burglary.

SEE ALSO: More than $750K worth of jewelry stolen from Tiny Harris