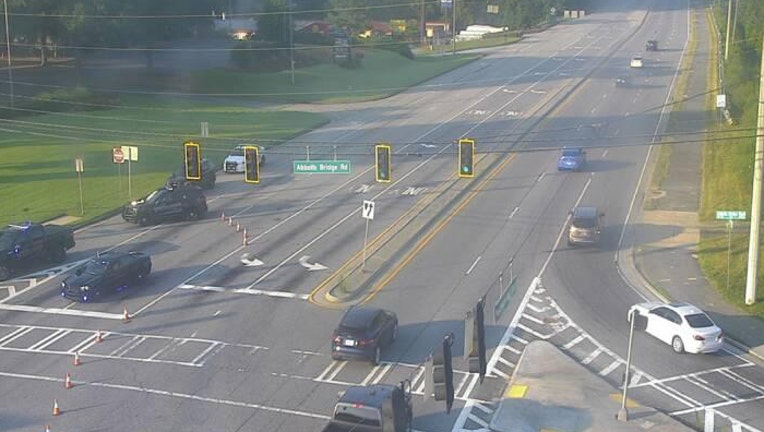 DULUTH, Ga. - A police officer in Duluth is in the hospital after a car accident on Saturday morning.

According to officials, around 4 a.m. the Duluth officer was traveling in the northbound lane on Peachtree Industrial Boulevard in a patrol car. As the officer was going through a green light at the intersection of Abbotts Bridge Road, his vehicle was hit by a Dodge Ram. 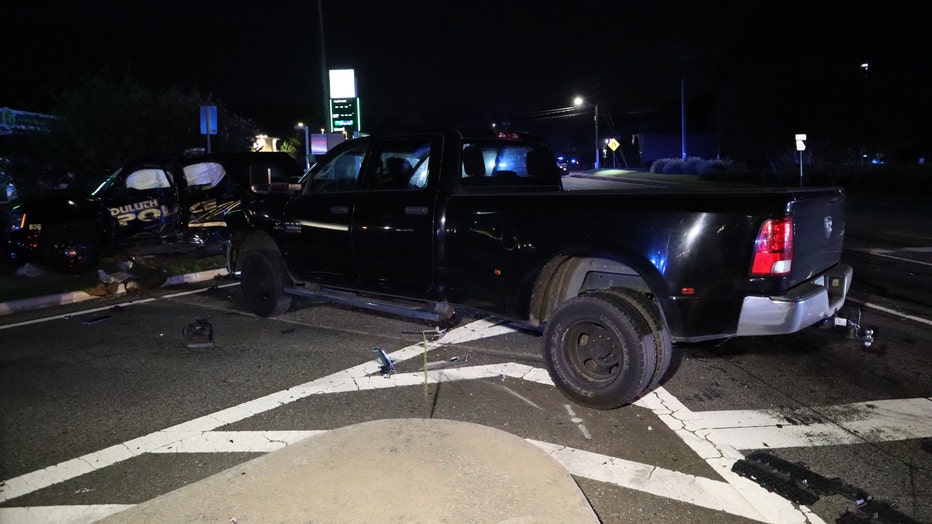 The Dodge was traveling east, investigators say. Authorities confirmed that the driver of the Dodge then got out of the truck and left the scene.

The Duluth Police Department said the officer is in critical but stable condition.

Another Duluth police officer later found and arrested the suspect near the scene of the crash.

The suspect was identified at 30-year-old Eduardo Gutierrez of Americus, Georgia. 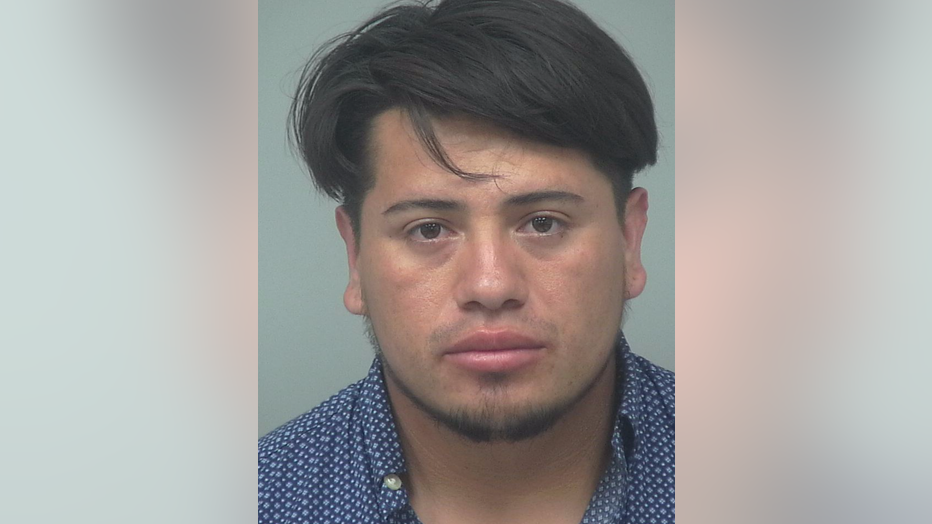 Gutierrez was taken to the Gwinnett County Jail and charged with several charges including: DUI, reckless driving, failure to obey a traffic control device, felony serious injury by vehicle, and felony hit and run.

Police blocked lanes on Peachtree Industrial Boulevard at around 8 a.m. on Saturday morning.