Smyrna police are investigating a series of car break-ins

The suspect is armed. The video shows he is dressed in a white hoodie and walks up to two cars. When one car door is locked, he walks around to the second car. It’s what he does with that gun that has homeowners and Smyrna police concerned.

FOX 5 News spoke with the homeowner over the phone. She didn’t want her name released but said she was shocked at what she saw.

“As he initially walks up to the vehicle, he cocks the gun as he’s approaching his vehicle and proceeded to go into my vehicle. You only cock a gun if you're planning to use it,” she said.

The homeowner lives in a subdivision off the East-West Connector on the south side of Smyrna. Her car was one of a number of vehicles targeted in that neighborhood more than a week ago. The woman told FOX 5 News she woke up the morning of December 10, walked outside and knew something was off.

“I went out to the car and found my mailbox key on the ground which I thought was weird. Then I saw my glove compartment was open which was extremely odd.” 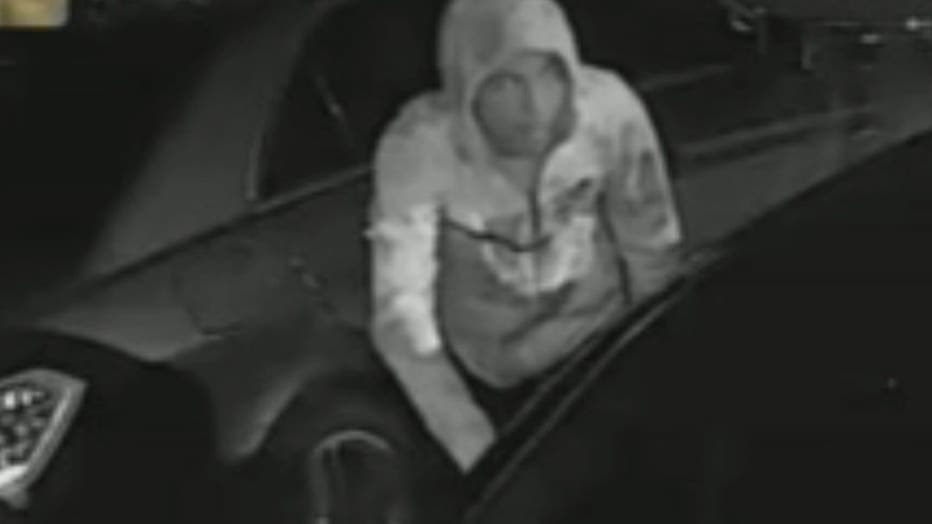 That’s when she went back and looked at the footage and saw the armed suspect.

“We're up late all the time. We walk our dogs. It’s just scary to think he could have shot either one of us.”

The fear is what happens if a homeowner comes face to face with this suspect.

Police anyone with any information to call Smyrna police. Investigators said the suspect was with at least two to three others and they hit a number of neighborhoods. They should be considered armed and dangerous.