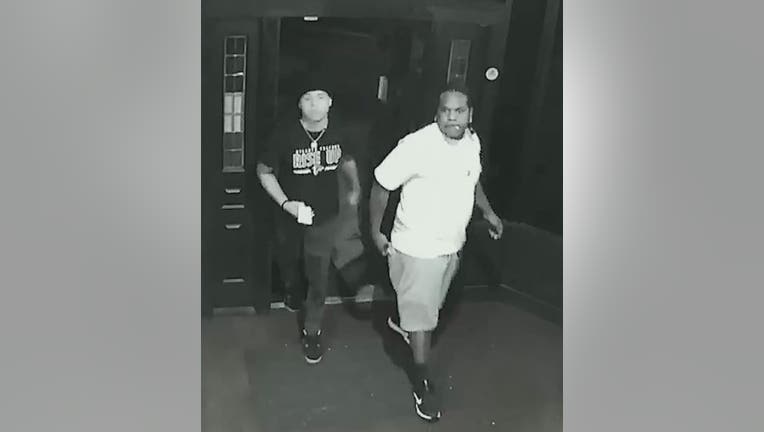 Police released this photo of a suspect accused of stealing a gun involved in a shooting at a Duluth bar on Sept. 16, 2020. (Gwinnett County Police Department)

DULUTH, Ga. - Investigators said they now know who the man is seen in a surveillance video at a Duluth bar just minutes after two people were shot.

It happened Sept 16 at the Sportstime Bar and Grille located just off of Satellite Blvd. near Pleasant Hill Road. Gwinnett County police a domestic dispute turned into a shooting.

Investigators said patrons tackled the suspected shooter and managed to wrestle the gun out of his. The silver revolver was then placed on the bar. Security video shows a man taking advantage of the chaos to swipe the gun.

The suspected gun thief, later identified as 30-year-old Kyishon Alexander, then was seen on video exiting the parking lot onto Pleasant Hill Road in a small gray SUV. The Gwinnett County Police Department has taken out warrants for Alexander for theft by taking and tampering with evidence.

Police are encouraging Alexander to turn himself into the police and surrender the firearm.