NEWNAN, Ga. - He wasn’t hard to spot wearing a reflective vest and eating Lay's Salt & Vinegar potato chips. The bank’s surveillance camera certainly caught him and Newnan police have since released those images. 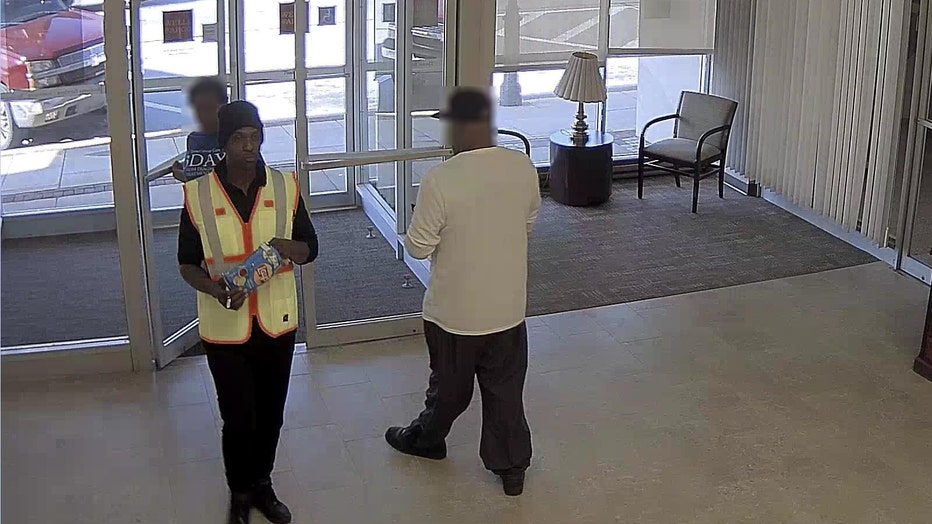 While most people were looking for Black Friday deals, the man walked into the Wells Fargo Bank located at 30 Greenville Street looking for fast cash. Newnan police said it happened around 12:18 p.m. on Friday afternoon. The man walked up to a teller and handed her a note demanding cash or someone was going to get shot. 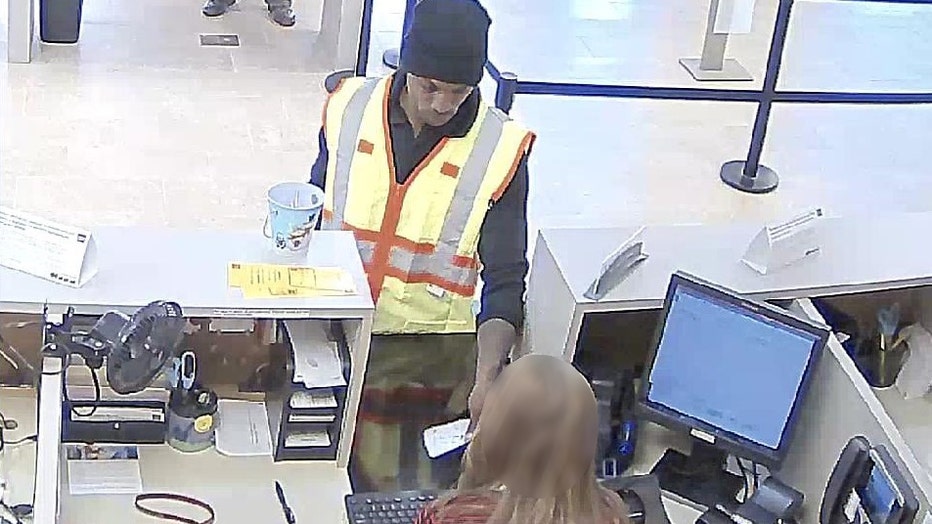 To emphasize the last part, police said the man lift his shirt a bit, revealing to the teller a silver semi-automatic pistol in his waistband.

The teller gave the man an undisclosed amount of cash. Police said he then demanded access to the safe, but left after the teller told him she could not open. 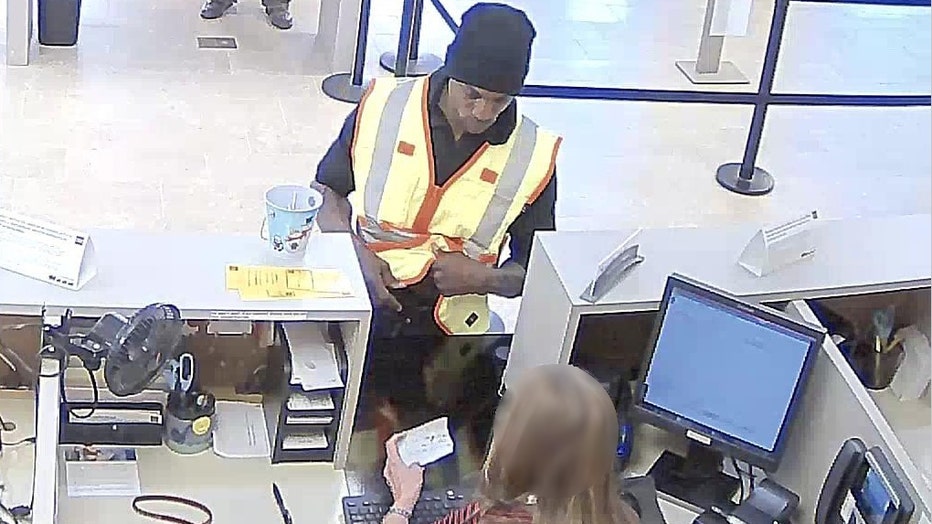 Anyone with information is asked to contact the Newnan Police Department.