A man was taken to the hospital after police say he was shot several times over a parking space.

ATLANTA - An argument over a gas station parking spot leads to gunfire, sending a man to the hospital.

Police say around 11:30 p.m. Wednesday at a Texaco on Campbelton Road in Southwest Atlanta, the driver of a Toyota Camry got into a dispute with two men in a white Dodge Ram pickup. Both the pickup driver and his passenger started shooting, leaving the victim's car riddled with bullets.

Investigators say at least 18 rounds were fired at the victim's car. He was shot three times, in the thigh, hip and leg. Paramedics rushed the 33-year-old victim to Grady Memorial Hospital. At last check he was in surgery, listed in stable condition. Initially, police at the scene thought the victim was only shot once, but doctors at the hospital discovered his other gunshot wounds. 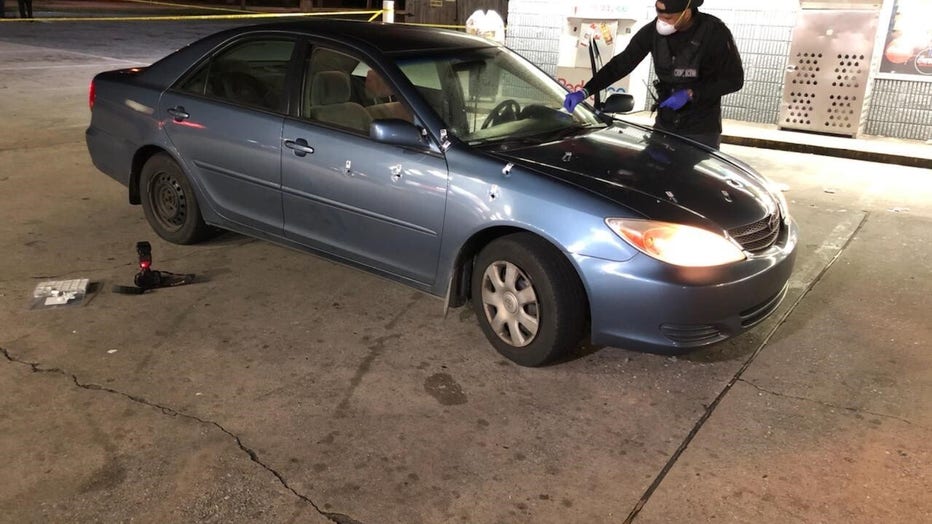 The gunmen, both in the mid to late '20s, took off heading north.

Police say they have some good leads but are asking the public to come forward if they know anyone who has a newer model 4-door white Dodge Ram pickup, with tinted windows.