ATLANTA - Police need the public’s help finding the person responsible for shooting a man outside a shopping plaza in southwest Atlanta. They're also looking for the victim.

The shooting happened Monday afternoon outside Greenbriar Village. The Atlanta Police Department believes the shooter is one of the young men often seen selling bottled water to drivers along Greenbriar Parkway. They said the victim got into an argument with several of the men before he was shot in this parking lot.

"It’s never gotten violent over this way," said Cass Walker, who lives nearby.

FOX 5 talked with several people along Greenbriar Parkway, who've had interactions with those young men.

"I've bought water from them before. I give them my money and they go on about their day," Walker said.

"I like their hustle so I always support but it's dangerous and they can be a little aggressive," said Taylor Simmons who shops in the area. 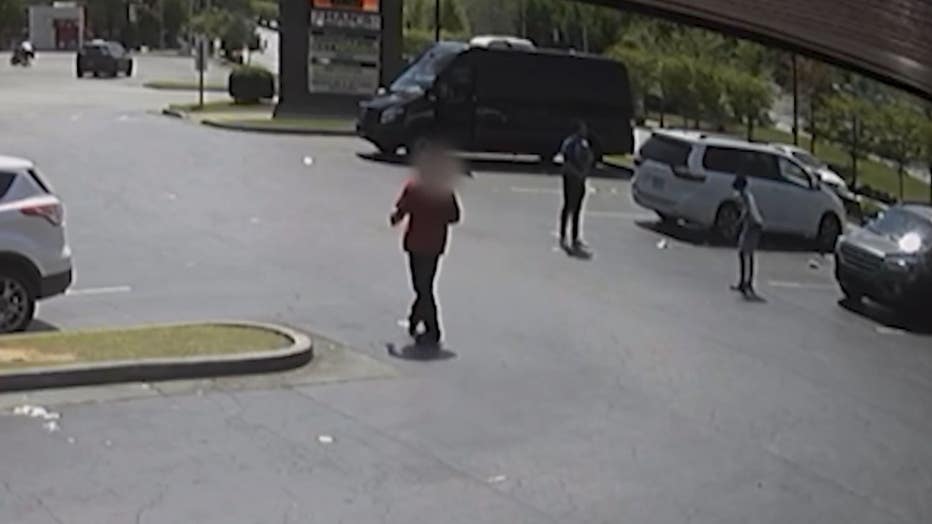 Investigators said the victim got into an argument with several of the men around 3:30 p.m. Monday at 2740 Greenbriar Parkway. At some point, things escalated.

"They were flagged down on a person shot call," Atlanta Police Sgt. John Chafee explained. "Officers began checking the area when witnesses had advised that they thought they saw somebody being shot."

A business owner inside Greenbriar Village gave FOX 5 News a video of the incident. In the far right corner, it can be seen where the gunman shot the victim as he walked to his van.

Someone took him to a hospital before officers arrived at the plaza.

"We determined that the victim had provided false information regarding his identity and officers went back to the hospital to check in on him and learned that he had been discharged from the hospital,' Sgt. Chafee said.

There's no word yet on what caused the argument.

People in this community said the violence is a concern.

"I don't think it was an isolated situation," Simmons said.

Anyone with information about what happened is asked to call Crime Stoppers.