Homeowner will not face charges in shooting

A Gwinnett County homeowner accused of shooting and killing a woman will not face charges.

Police said officers were called out to the parking lot of Christ the King Church located in the 200 block of Rabbit Hill Road around 3 a.m. where they found an unconscious woman inside a car parked there. The woman was later identified as Azahni Ellis, 27, of Milwaukee, Wisconsin.

Investigators were able to determine the woman was actually shot across the street at a home and quickly were able to identify the shooter. Police believe the homeowner met the woman online that day.

“From what I understand, the homeowner met the woman that day,” Gwinnett County Police Corporal Collin Flynn said. 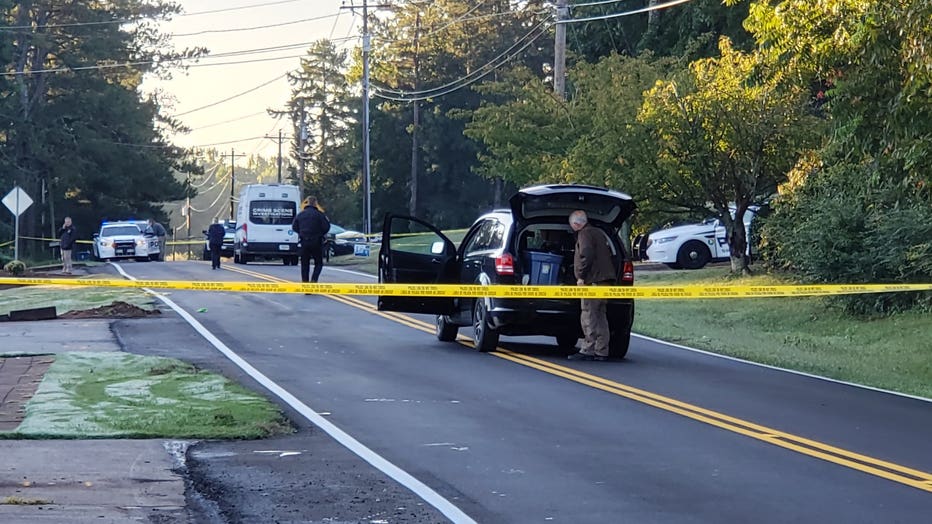 “The woman tried to rob the man of his Rolex watch,” Corporal Flynn said.

Police said she fled the scene, but didn't stay away for long.

“The woman left the house only to return a short time later,” Flynn said.

Ellis then attempted to force her way inside the home by breaking a window next to the front door.

“At that point in time, the homeowner was able to brandish a weapon,” Corporal Flynn said.

The homeowner shot Ellis as she was coming through the front door, investigators said. She then fled the scene again, driving to the church across the street where officers later found her.

“Officers rendered aid but she died at the scene,” he said.

Police have not charged the homeowner in the shooting and determined it to be committed in self-defense.

“Do your due diligence and at least screening who you invite to come over,” Corporal Flynn said.