June 3, 2020 - Police are investigating a shooting at a hotel in downtown Atlanta. (FOX 5)

According to investigators, the 29-year-old suspect, who had just checked in a couple of hours earlier, came down to the lobby just after 2 a.m.

The victim's supervisor said the man repeatedly demanded to see rapper 21 Savage. Police told FOX 5 the man pulled a gun and threw the 30-year-old clerk to the ground. He then allegedly pistol-whipped her and then fired 5 shots. 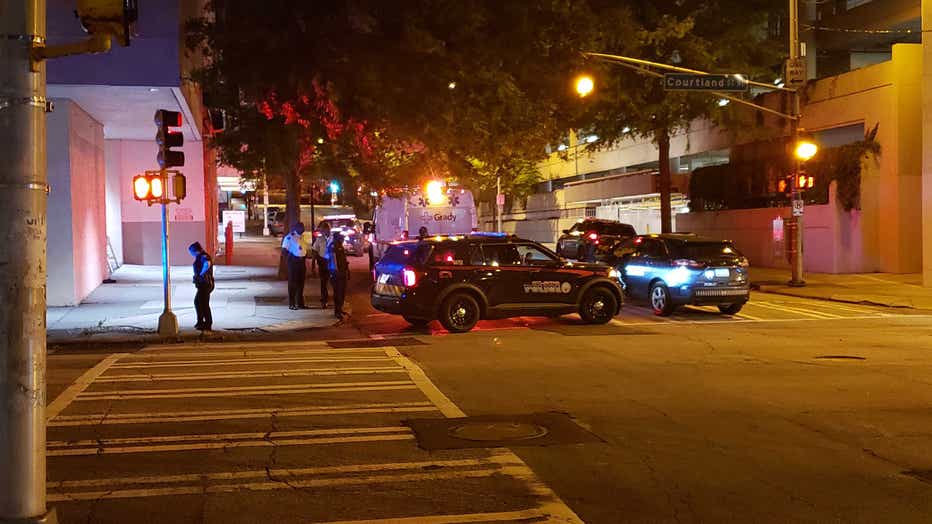 The clerk was shot twice in the shoulder and once in the arm.  Paramedics rushed her to Grady Memorial Hospital, where at last check she was in stable condition.

The gunman ran out of the hotel and up Courland Street but he didn't get far. An Atlanta Police officer happened to be nearby and quickly arrested the man, less than 50 yards away.

Police said the suspect is from Virginia. They have no idea what caused him to react so bizarrely and allegedly get so violent.

The clerk's supervisor called 911. He told us she is a sweet woman who wouldn't hurt anyone.