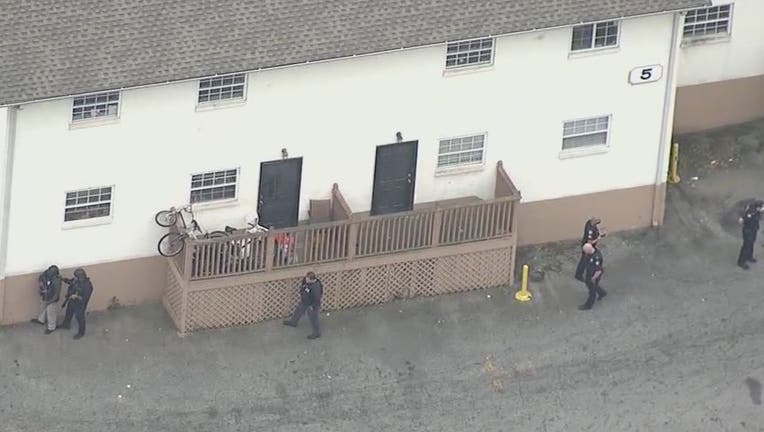 Police investigate after a standoff with an armed suspect at an apartment complex along Arthur Langford Jr. Place in southwest Atlanta on April 23, 2021. (FOX 5)

ATLANTA - A suspect is in custody after an armed standoff with police at an Atlanta apartment complex Friday morning.

When they arrived at the scene, officers found a man armed with a rifle who was shooting from a nearby apartment complex.

Other investigators who were on the scene on an unrelated call saw the suspect flee into an apartment, and officers surrounded the location.

After a short time, the suspect left the apartment and surrendered to police without further incident.

Investigators are not releasing the identity of the suspect or any possible charges at this time.

There were no injuries reported in the shooting.