ATLANTA - The fourth day of protests in the city of Atlanta ended peacefully, according to police, despite a number of arrests that were made around the start of the 9 p.m. curfew.

Police said they did have to break up a group of protests inside of Centennial Olympic Park that refused to leave. Some three rocks and discharged fireworks towards officers, police said. Officers said they eventually used tear gas to disperse the crowd and made several arrests.

A fourth day of protests in Atlanta ends peacefully for the city.

Mayor Keisha Lance Bottoms extended the curfew in the city of Atlanta for another day as demonstrators protest for the fourth day in a row throughout the city. The City of Atlanta tweeted Monday afternoon that the curfew has been extended starting Monday night at 9 p.m. and will continue through sunrise on Tuesday.

"Please stay home," a spokesperson for the city wrote on Twitter.

The extension come after riot police fired volleys of tear gas to dispersed hundreds of demonstrators as a curfew began Sunday night, scattering a crowd that had protested for hours in downtown Atlanta over the deaths of George Floyd and Ahmaud Arbery. The curfew was imposed after demonstrations Friday night turned violent with people setting fires, damaging vehicles and smashing shop and restaurant windows. 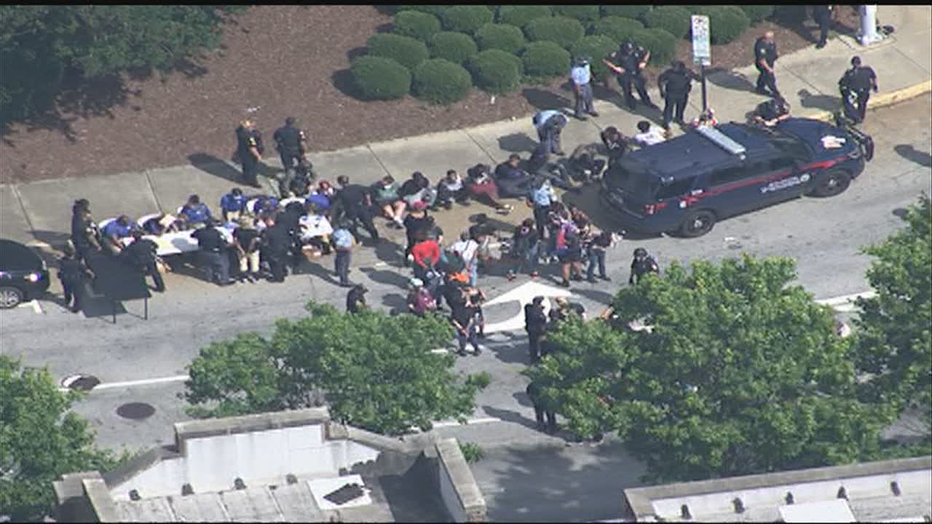 MORE: Rising tensions between demonstrators and police after 3 nights of protests in Atlanta

Georgia’s governor, Republican Brian Kemp, had authorized up to 3,000 National Guard troops to be deployed across the state to respond if needed amid the continuing protests.

Guard soldiers bolstered police as they did during a curfew the previous night in Atlanta, where violence has marred otherwise peaceful protests since the demonstrations erupted Friday.

“The protesters need to know we’re going to support their efforts in a peaceful, nonviolent protest,” Kemp said earlier. “The agitators need to know that we’ll be there, like you saw tonight, to take them to jail if they’re destroying lives and property.” 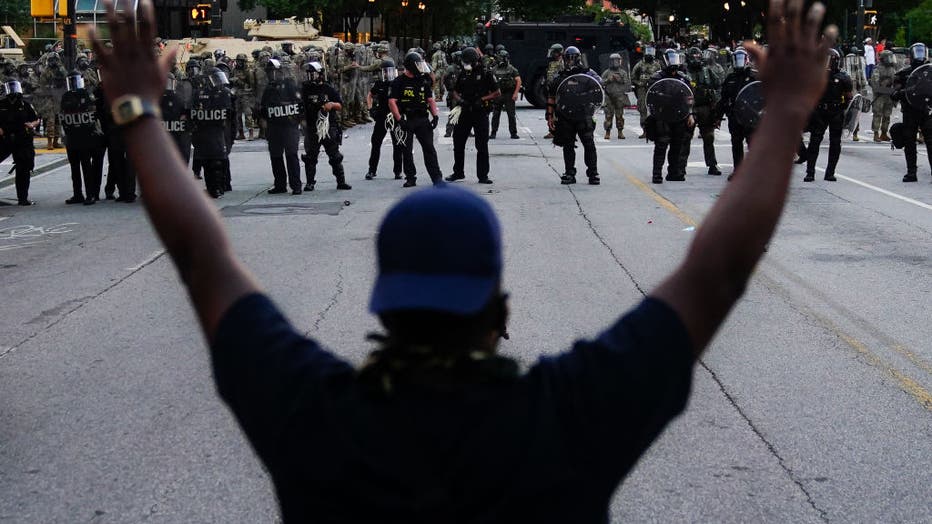 ATLANTA, GA - MAY 31: A man raises his arms during a demonstration on May 31, 2020 in Atlanta, Georgia. Across the country, protests have erupted following the recent death of George Floyd while in police custody in Minneapolis, Minnesota. (Photo by

PHOTOS: Protesters gather in Atlanta for 3rd night of demonstrations

Also on Sunday, Bottoms said that two police officers had been fired and three others were placed on desk duty over excessive use of force during a weekend incident during the protests. 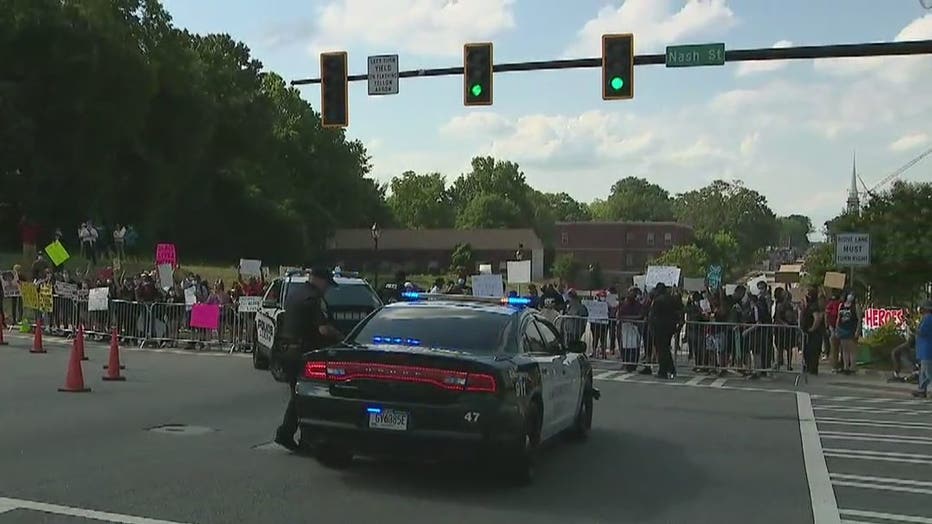 Atlanta is not the only city in Georgia instituting a curfew after protests. In Lawrenceville, Mayor David Still and the City Council declared a state of emergency and implemented a 9 p.m. curfew beginning Monday, which the mayor says will be evaluated for an extension into Tuesday and Wednesday.

“The safety of our citizens and employees is our top priority,” Still said. “The City of Lawrenceville supports peaceful and respectful protests, and our police department will continue to ensure the safety of the protesters, the public, and prevent property damage in our city.”