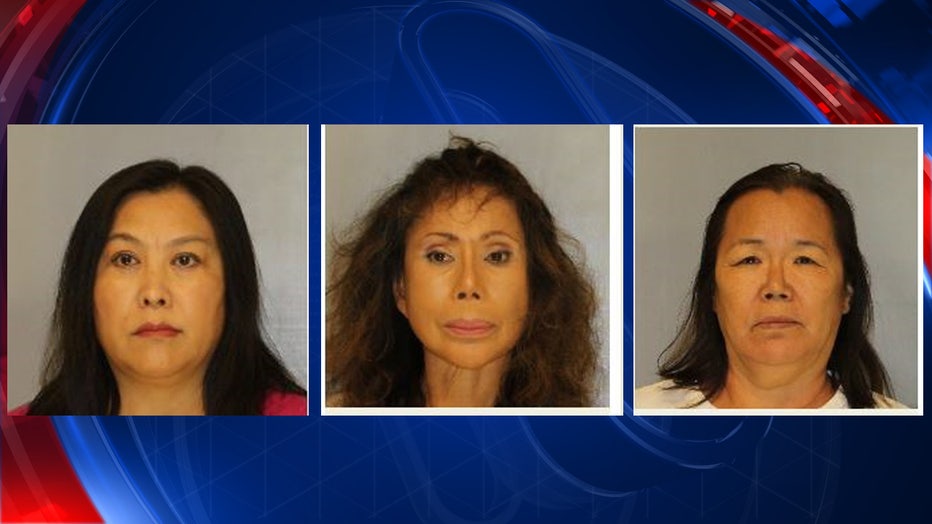 The two locations involved in the sting were on the 1700 block of Atlanta Highway in Gainesville and the 4800 block of Golden Barkway in Buford.

In both cases, officials say the suspects are accused of offering to perform sexual acts for money.

At the Gainesville location, officials arrested 59-year-old Kim Kiwi Son Reese and 61-year-old Hyun Ok Greaves. Both are charged with keeping a place of prostitution.