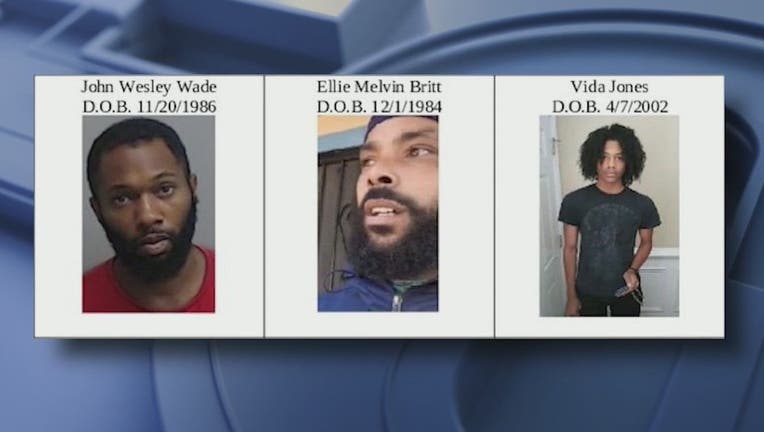 EAST POINT, Ga. - Police said they have arrested three people in connection to the vandalism and arson of two East Point police cars a month ago.

John Wesley Wade, 33, Ellie Melvin Britt, 35, and Vida Jones, 18, were arrested on local and federal charges last week in connection to the incident during the early morning hours of Oct. 2.

Investigators said the trio threw a brick at one of the patrol cars which had a note with political rhetoric tied to it and smashed the windows. The three suspects also reportedly were involved in setting that car and another vehicle on fire, investigators said.