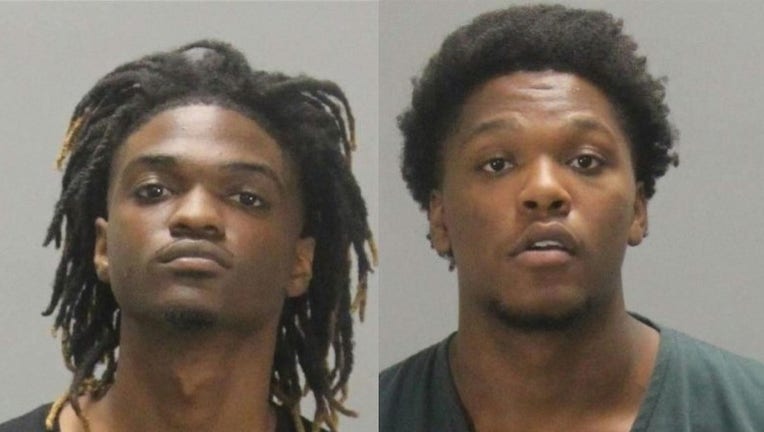 CLAYTON COUNTY, Ga. - Officers have arrested two teenagers connected with gunfire that developed into a manhunt at a Clayton County gas station.

The Clayton County Police Department tells FOX 5 on Oct. 5 shortly after 4 p.m., an officer was at the intersection of Tara Boulevard and McDonough Road when they heard gunfire from a nearby BP Gas Station. The officer turned and saw a man shoot at someone before fleeing in a 2016 Hyundai Sonata.

The officer attempted to chase the suspects down, but lost sight of them and alerted other law enforcement about the neighborhood the suspect could have turned into.

During their search, officers found the vehicle and apprehended the suspected gunman, identified as 18-year-old Remon Arquis Gosier.

After his arrest, witnesses told police that they saw additional suspects leave the area in a black vehicle. Fayetteville police officers were able to find the vehicle and take the other suspects into custody without an incident. Police say the firearm used during the shooting was in the vehicle.

According to investigators, Gosier was targeting an unidentified victim who fled the gas station. During the shooting, Gosier allegedly hit two other vehicles, one of which had an 11-year-old child inside the car.