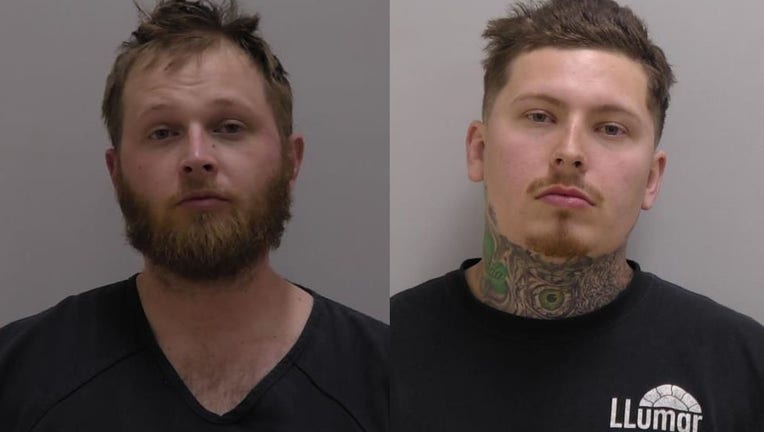 CARTERSVILLE, Ga. - Officers have arrested two men believed to be connected to a series of explosions in Cartersville over two days.

Officials with the Cartersville Police Department tell FOX 5 that on Monday and Tuesday, they received several calls from citizens who reported hearing possible explosions in the area.

That Tuesday, officers were sent to the Quality Inn on the 200 block of Dixie Avenue to investigate an explosion that was believed to have happened in the hotel's back parking lot.

At the scene, officers arrested Correy Hannah and Tyler Spears after multiple witnesses confirmed their involvement with the blasts.

While searching the parking lot, officials say they found two separate locations that "appeared to be associated with an explosion."

The investigation into the explosions caused the hotel to be evacuated while the GBI Bomb Squad collected samples. A search of the two men's room found no other indications of explosives.

Hannah and Spears are charged with disorderly conduct and terroristic threats.