Officials said the shooting happened in the 5000 block of Fairington Ridge Circle in unincorporated Stonecrest.

Officers found a 40-year-old man dead and a wounded juvenile, who police said was stable when transported to the hospital. Witnesses said the juvenile was 16-years-old.

Osama Shennaq is still trying to process the death of his friend he says goes by ‘Jamaica’.

"Whoever you are around Easter Sunday make sure to hug them and kiss them," Shennaq said. "He didn’t even see it coming".

Witnesses describe the incident as an Easter afternoon shootout when group of men in a car opened fire trying to hit someone who ran behind an apartment complex.

"He was just in the wrong place at the wrong time," Shennaq said.

Shennaq also noted that the victim stopped to do mechanic work on his car when the shooting happened.

"He doesn’t even live here. He just came to help me out. I was getting on his nerves asking him to come help me. He finally came and it’s his last time coming. I couldn’t even say goodbye. You just never know," Shennaq said. 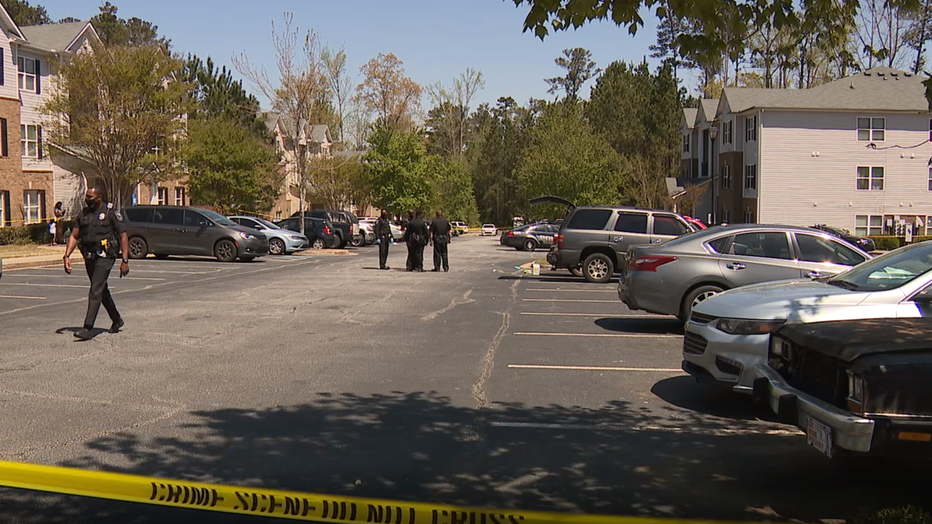 Erica Carr has lived in the area for several years. She said there were a lot of children outside at the time of the shooting.

"My downstairs neighbor is a Registered Nurse and they were putting compressions on him and trying to help him because the ambulance took a while to get here," Carr said. "It was so many kids out here. You just don’t have any respect or regards for human life. They didn’t care who got hit as long as they took care of what they wanted to do."

DeKalb police have not released any suspect information but those in this neighborhood want the violence to stop.

"He said the car was going to be done when you get back. I’m not even worried about this car. I rather have him back," Shennaq said.