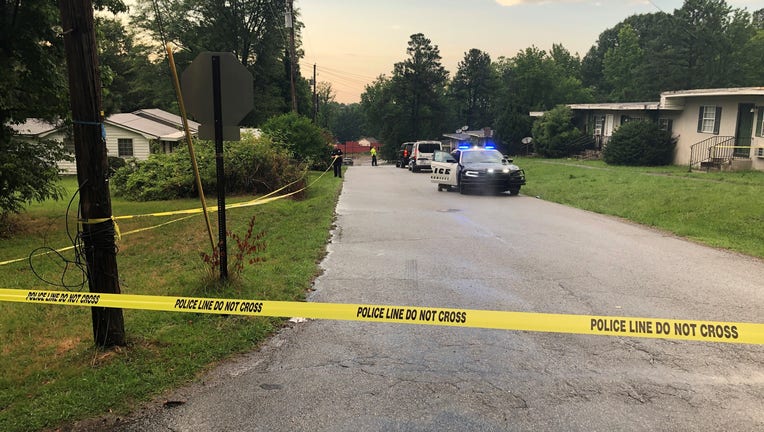 Officers told FOX 5 they discovered the bodies of an adult woman and a girl inside the car.

DOUGLASVILLE, Ga. - Douglasville police say they have arrested a suspect in the deaths of a woman and a child found inside a burning car Sunday afternoon.

According to officials, Douglasville officers were called about a car fire on the 8000 block of Colquitt Street around 5:30 p.m.

After the fire was extinguished, officers told FOX 5 they discovered the bodies of an adult woman and a girl inside the car.

During the investigation, officers say they determined that the incident was domestic-related and identified a suspect.

Sunday night around 10 p.m., police located the suspect and placed him in custody. They are now in the Douglas County Jail.

Officials have not identified either victim or the suspect at this time, but say that there are no outstanding suspects in the case.