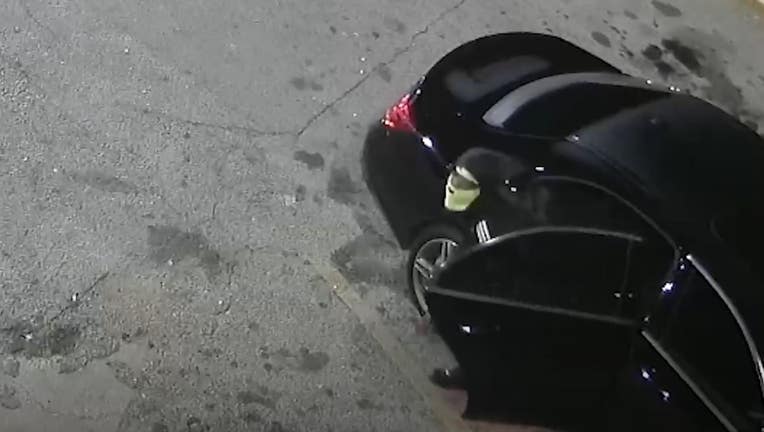 ATLANTA - Investigators are asking the public to help them identify a person of interest and vehicle connected to the shooting death of a man in the parking lot of a southeast Atlanta market.

The shooting happened on Oct. 1 a little before 5:25 a.m. at the Little Bear Food located at 1660 Jonesboro Road SE. Atlanta police said officers arrived to find a man shot dead.

At the time, Atlanta police told FOX 5 that evidence suggested that the shooting was not a random act.

Investigators were able to determine the victim, identified as 32-year-old Chiurazzi Bailey, left the store and was approached by the suspect. Police said the suspect shot the victim and then went through the victim's pockets.

The suspect then left the scene in a black sedan, investigators said.

On Wednesday, Atlanta police shared video taken from security footage of a vehicle and individual they say are of interest related to Bailey's death.

A reward of up to $2,000 is available for anyone whose information leads to an arrest and indictment of a suspect in the case.