According to Peachtree City police, since 2019 there has been a dramatic rise in felony drug arrests and daytime DUI.

PEACHTREE CITY, Ga. - One metro Atlanta community is searching for answers to a staggering rise in felony drug arrests in the last three years.

Crime stats typically inch up or down over a period of time. Two crimes that Peachtree City Police say they saw enormous jumps in are felony drug arrests and daytime DUIs.

Here is just one of the felony arrests in Peachtree City this past year. Julius Sinkfield of Senoia was arrested back in July with meth, marijuana, heroin, ecstasy, and Xanax. 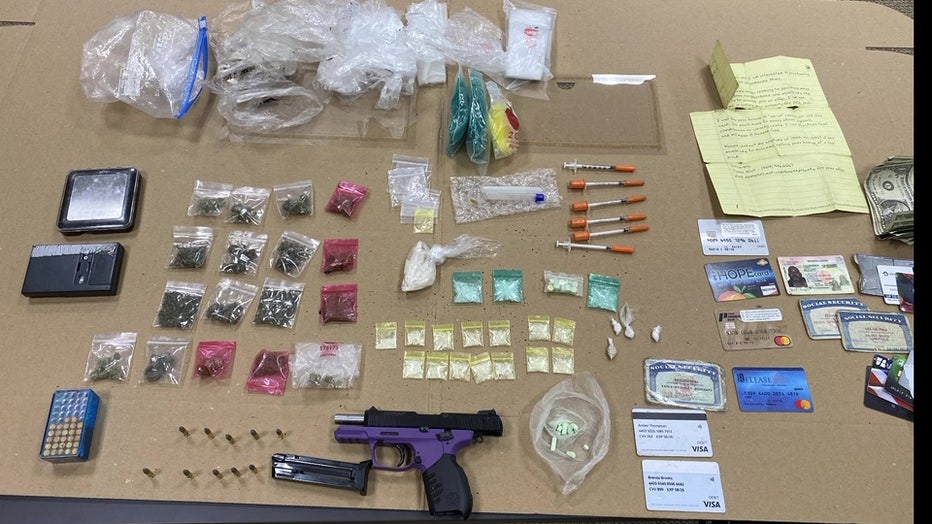 The question is why. The answer is complex, but police say more detection on their part is just part of it.

"It'd be hard to pin it down to a single determinative factor. There's obviously an increased prevalence of overall drug abuse in society currently. There's a readily availability and access to these drugs as well," Lt. Chris Hyatt said.

Last April, Timothy Taylor led Peachtree City police on a chase at over 100 miles an hour. He would later face drug and alcohol charges. His behavior is also part of a crime trend connected to daytime DUIs.

In the case of Taylor, police say had to intentionally crash into his car to take this dangerous driver off the roads.

Police say the increase in daytime DUI may be related to the COVID-19 pandemic.

"It all still goes back to currently what's going on in society. You know the economic impacts and different things that people are dealing with, people are choosing different ways to cope," Hyatt said.

And it's not just Peachtree City. Police here say they know other metro Atlanta cities that are having similar experiences.