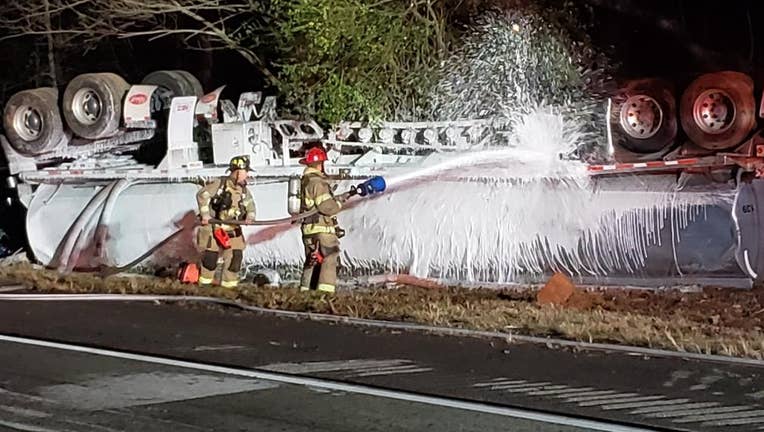 It happened around 6 p.m. along Interstate 985 northbound at mile marker 9. Hall County firefighters said the tanker had several small leaks and about 20 gallons of gas were spilled before the leaks were contained.

Tanker overturns on I-985

Hall County firefighters were busy Thursday night after a tanker overturned on I-985.

The Georgia EPD has been notified of the situation.

Fire crews sprayed foam on the truck as a precaution.

"There was about 8,500 gallons of gasoline and we wanted to make sure the vapors were not escaping from the areas that were leaking," said Division Chief Casey Ramsey. 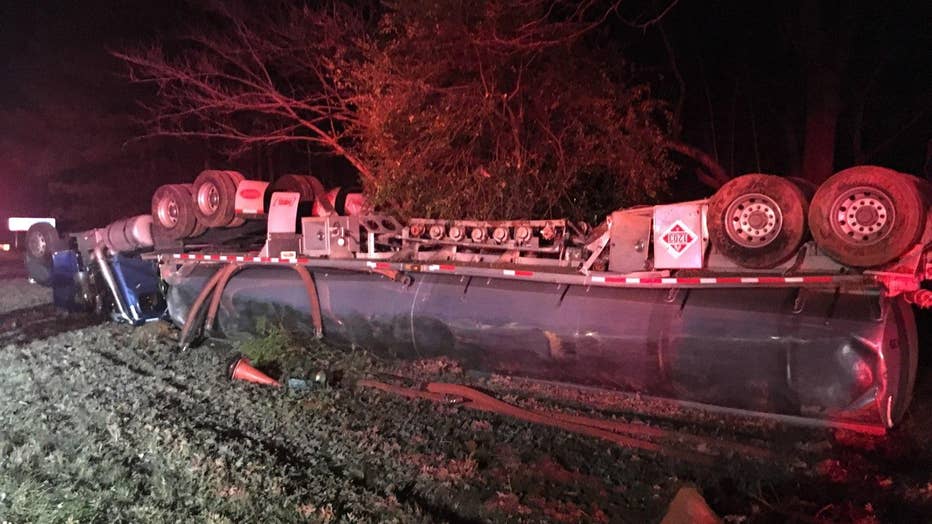 Traffic northbound was being diverted off of I-985 at Exit 8, the Friendship Road exit until well into the early morning hours.

Leilani Smith and her husband had been driving all day. They left Texas early Thursday morning to go to their son's house in Gainesville. They were almost there when they got stuck in traffic due to the wreck.

"Cars were coming in every direction and trying to squeeze in and around and we were all trying to go in the same direction," said Smith.

Fire officials said the driver of the tanker was not injured. Investigators will try to determine what caused the wreck.

The highway has since been reopened.