Crews have begun to clean up the damage and restore power after a severe storm system swept through Georgia Saturday night. 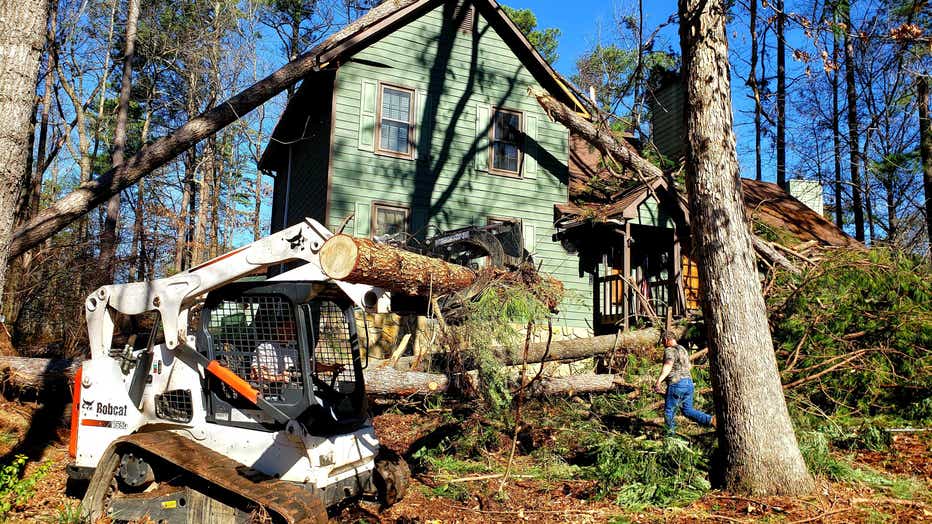 Officials believe a possible weak tornado touched down in Paulding County during the storms.

Officials with the National Weather Service say data Saturday night led them to suspect there may have been a weak tornado in the county. Officials said they were "relatively certain" that there was a tornado in the area and looked at the damage to find evidence of the dangerous winds.

In Rome, Georgia, the storm left widespread damage in its wake, toppling trees and damaging buildings. A home on Kenwood Drive in the city had its roof blown off. Trees also toppled on at least one home and multiple vehicles on Norwood Street. Fire officials tell FOX 5 the most damage is in the western area of Rome.

Near Georgia's border to Alabama, the storm smashed through a Goody's department store in Bremen, Georgia at around 5:30. A FOX 5 viewer shared photos of half the brick building completely blown open and bricks covering the parking lot. Only three of the letters of the store's name stayed on the building. 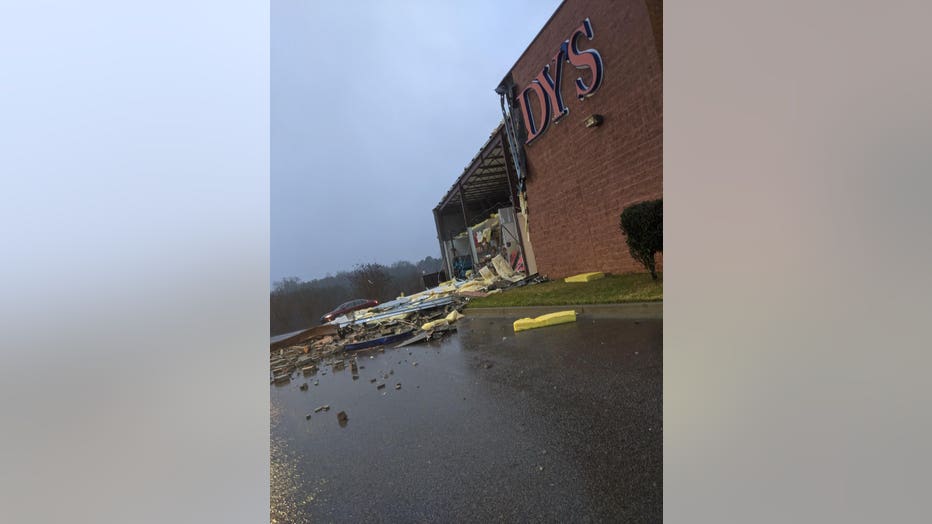 The storms also blew the roof off First Presbyterian Church in Euharlee, Georgia in Bartow County, leaving the inside exposed to the elements. Wooden debris from the small church spilled onto the neighboring cemetery.

The Bartow Fire Department told FOX 5 multiple trees and power lines are down across the county and that there has been reported roof damage to at least two large buildings.

Some properties on Carson Loop also had to be evacuated temporarily after a tree fell on a gas tank, causing a leak.

In Atlanta, residents who braved the storm found fallen limbs and outages throughout the neighborhoods.

"When I looked up and saw [tree brush] and everything out front there, I said 'OMG, Mother Nature,'" said Monica Moss. The southwest Atlanta resident discovered a massive tree crashed into her apartment off of Washington Road after running a quick errand. 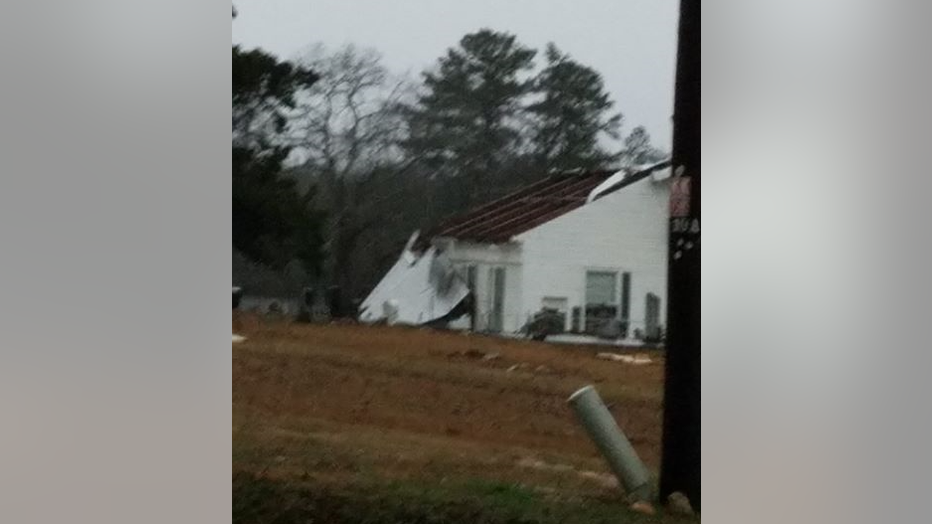 The severe storm blew the roof off a church in Euharlee, Georgia.

"Right as we left, we heard a transformer blow and two major tree limbs were knocked down and knocked down the power line to our house," described northwest Atlanta resident, Cameron Thompson. He described his street, without power Saturday evening, as "ominous" and "oddly quiet."

A loud boom could be heard as heavy rain poured down Saturday.

Georgia Power reported that outages caused by the storm affected over 112,000 people in northwest Georgia. As of 11:30 Sunday morning, around 11,000 customers are still without power, with a majority of outages in the Rome, Cartersville, and Carrollton areas.

HOW TO PREPARE FOR POWER OUTAGES 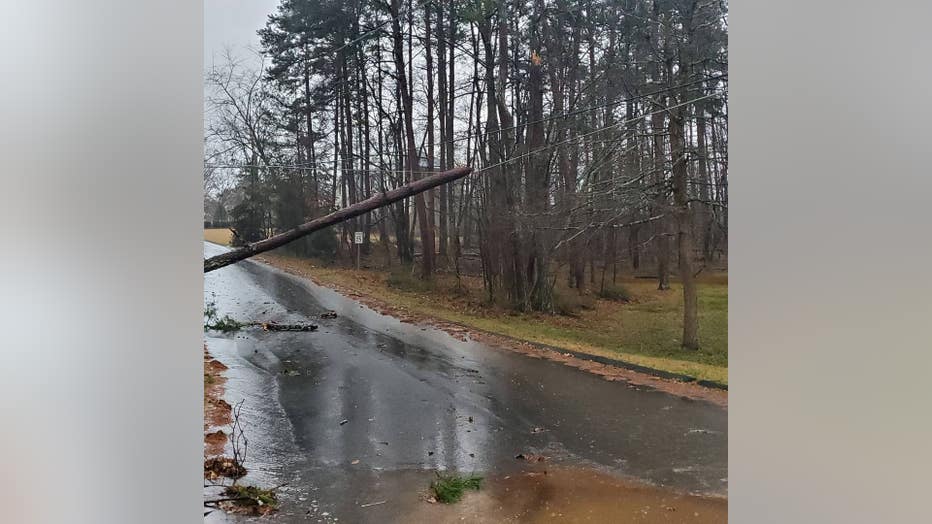 In total, the storm system has killed at least nine people in Texas, Louisiana, and Alabama, including two first responders.