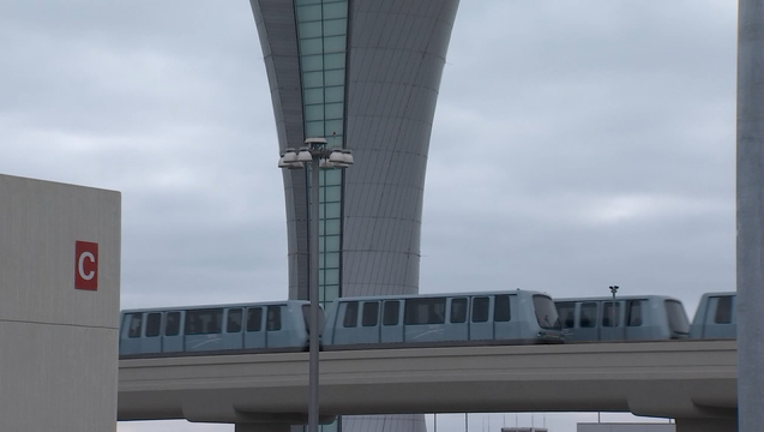 SAN FRANCISCO - An Air Canada pilot prepared to land on a taxiway that was occupied by other aircraft late Friday night at San Francisco International Airport, according to the Federal Aviation Administration.

Flight AC759, inbound from Toronto, was cleared to land on Runway 28R just before midnight, according to the FAA.

The pilot inadvertently "lined up" for Taxiway C, which parallels Runway 28R and had four other planes waiting to depart at that time, according to the FAA.

Air traffic controllers ordered a "go-around," instructing the pilot to pull up and circle for another landing, which was completed safely.

"A very big deal if they had landed," said retired commercial airline pilot Dick Deeds. "It's beyond my imagination how they could have lined up that bad on a clear night."

An air traffic controller directed the pilot to make another approach and the pilot landed without incident.

The distance between Flight AC759 and those other aircraft is under investigation.

Flight AC759 was an Airbus A320 carrying 135 passengers and five crew members, according to a spokesperson for Air Canada who confirmed that the pilot initiated the "go-around" but declined to offer additional information.

Doug Yakel, a spokesman for SFO, also declined to comment.

Deeds says in addition to instrumentation, runways have color-coded lights--white or yellow for runways, and blue for taxiways. Each is clear marked to prevent a mix-up.

The only thing I can think of is, new pilot. Maybe fatigued, very tired," said Deeds.

"It teaches how to take off. how to land. how to stop. How to maneuver, how to find your coordinates," said Aviation program chairman Doctor Fred Barez..

The machines pitch and turn and recreate landings at any major airport, including this simulation of a touch down at SFO.

Professor Fred Barez says white wing lights, coupled with fatigue may have led the pilot of Air Canada-759 to mistake the taxiway for the runway.

Barez said, pointing out the real danger is in smaller planes like the simulated Piper Arrow graduate Sam Shaw pilots.

Here, the pilot would likely land at a smaller airport without a tower controller as a second pair of eyes.The NTSB and FAA are investigating why the Air Canada pilot made such a grievous mistake, which could have resulted in the worst aviation accident in the history of SFO. Captain Deeds says the 12-to-24 month investigation will look at the pilot's qualifications, who was actually at the controls, and how long they had been working leading up to Friday's near miss.