A non-profit organization called RIP Medical Debt is buying and paying off outstanding medical bills for those in need.

ATLANTA - It's been more than a decade since Donna Dees' blood sugar skyrocketed, leading to a sudden diabetes diagnosis and two ICU stays.

"And those medical bills were just crazy, even after insurance," Dees says.  "It was still a lot."

The Lithonia, Georgia, independent contractor wasn't working at the time. 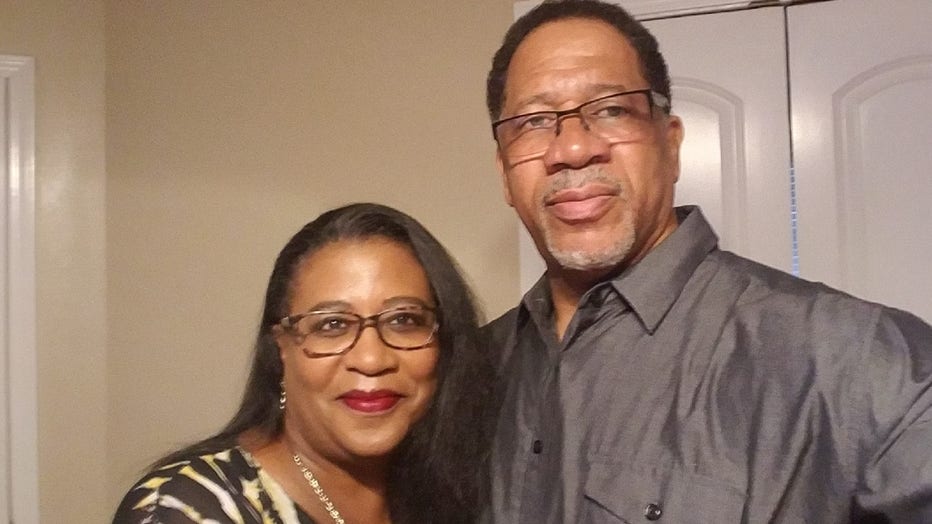 Donna Dees of Lithonia, Georgia, was surprised to learn the non-profit RIP Medical Debt had paid off $700 of her medical debt. (Dees Family photo)

"You had to make a decision: do we pay our medical bills, or do we take care of some immediate stuff, like, everyday living stuff," Dees says.

Thomas Draper of Hampton says his bills began to mount after he was diagnosed with cancer.

"My total medical debt was upwards of $10,000, of the portion I had to pay, after insurance paid out," Draper says.

Draper needs yearly scans to make sure his cancer has not returned, which, he says,  adds to his medical debt.

"It was kind of a recurring nightmare," Draper says.  "It was something you knew you had to look forward to, but, like, how are you going to pay it.  It was kind of a necessary evil."

Then, one day, out of the blue, both Dees and Draper received a letter in the mail. 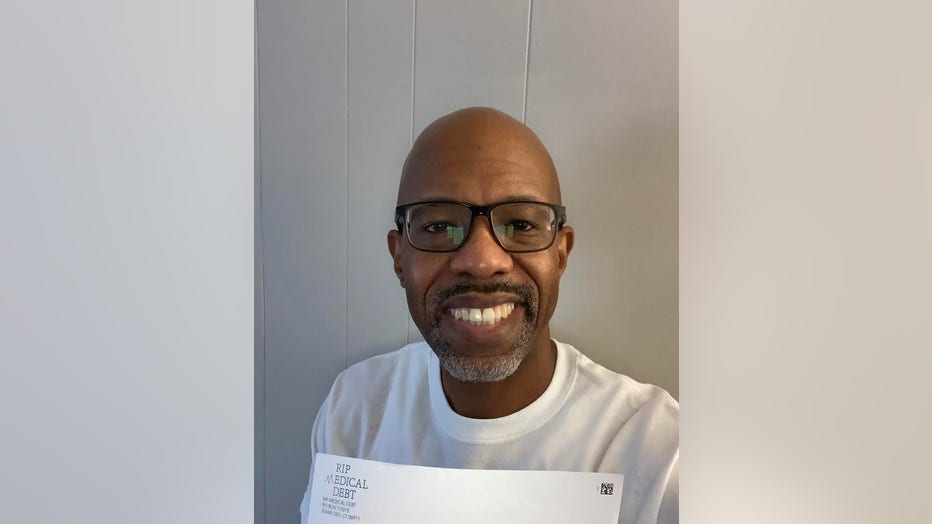 Thomas Draper of Hampton, Georgia, holds a letter from RIP Medical Debt. The non-profit paid off part of his medical debt from his cancer treatment.

It was from a non-profit RIP Medical Debt in New York.

Her first reaction, she says, was to laugh.

"It was like Christmas morning," Draper says.   "It was like opening a gift that was in an envelope."

Their bills had been paid through donations provided by churches, synagogues, foundations, and individual donors.

RIP's Executive Director Allison Sesso says here they use the donations to buy bulk medical debt on the secondary market.

"Then, when we get our hands on it, unlike other debt buyers, we send people letters," Sesso says.  "And, we say, 'We have bought this debt. You are free and clear of this debt. We have abolished this debt on your behalf.  You do not owe this at all.'"

RIP, founded in 2014 by two former executives who worked in the debt collection industry, says it has paid off more than $3.9 billion in medical debt.

Sesso says they focus on a specific population of Americans, using a data analytics system to identify people most in need of debt relief.

That's how they found Dees and Draper.

"They pick people at random," Draper says.  "They don't know who they are.   They don't know their story.  But, they know the debt is something that looms over you like a dark cloud."

Sesso says the pandemic has left many Americans feeling isolated and helpless.

By paying a stranger's medical bills, she says, they are finding a way to reconnect with the world around them and pay it forward.

"I think there's a real frustration that this issue exists in the United States, one of the richest countries in the world, and people are saddled with this kind of medical debt, and it's basic access to your healthcare," Sesso says.  'It's not something where you've been living extravagantly, so suddenly you have this debt.  This is trying to stay alive."

Donna Dees says this experience has restored her faith in the goodness of people.

In April RIP Medical Debt launched a campaign in Georgia to raise $1 million to pay off medical debt.

For every dollar they raise, Sesso says, they can buy and relieve $100 in medical debt.

You can read more about their mission at RIPMedicalDebt.org and the campaign to raise funds to pay off medical debt in Georgia at https://ripmedicaldebt.org/campaign/georgia-2/