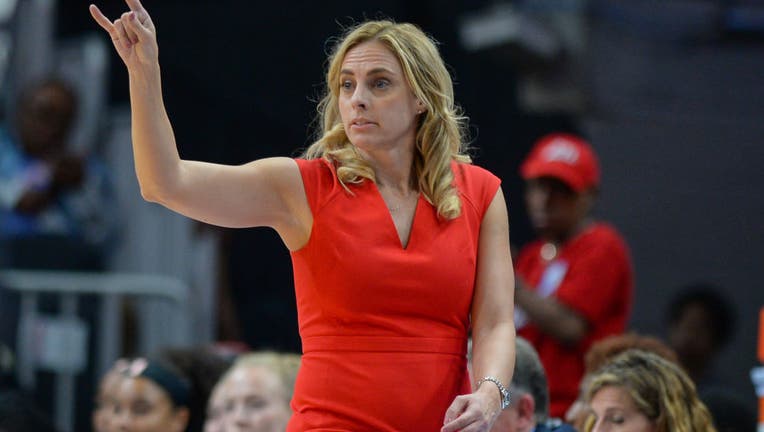 Atlanta head coach Nicki Collen calls out a play during the WNBA game between the Los Angeles Sparks and the Atlanta Dream on July 23rd, 2019. (Photo by Rich von Biberstein/Icon Sportswire via Getty Images)

Collen is leaving the WNBA to become the coach of the Baylor women's basketball team.

Collen, who had coached the Atlanta Dream the past three seasons, replaces Hall of Fame coach Kim Mulkey and will be formally introduced Wednesday on the Waco campus.

"Nicki is a passionate leader of young women and an elite basketball mind and teacher of the game," Rhoades said. "She is a great mission fit who shares in our vision of Preparing Champions for Life by commanding excellence both on and off the court. Nicki’s professional experience will be invaluable to developing players for the next level. Her addition sustains our commitment to the women’s basketball program at the highest level."

Mulkey left Baylor last month after 21 seasons to return to her home state to take over at LSU.

Collen was the 2018 WNBA coach of the year in her first season with the Dream, when they went 23-11 and made it to the league semifinals. She was 38-52 overall in Atlanta, after two seasons as an assistant for the WNBA’s Connecticut franchise.

In response to the news of the move, Dream officials said they were "grateful to Nicki Collen for her hard work coaching the Dream over the past three years" and that they wished her "great success."

"We look forward to their leadership of the team this season," the Dream said.