Mother fights for answers years after her son was murdered

Tonia Martin Roberts wants justice for her son Herman Roberts who was found dead in a South Fulton park in 2017.

SOUTH FULTON, Ga. - A grieving mother is pleading for help, Four years after her son was gunned down in South Fulton.

Loved ones said those responsible still haven't been charged for murdering the father of two.

Tonia Martin Roberts tells me the past four years have been very difficult for her entire family. She says she wants justice for her son and answers as to why he was left for dead."

"We're trying to do the best we can. But it's not a day that goes by that we don't think about him," Roberts said.

We met with Roberts Friday afternoon at the park.

"I just find solace sometimes. I just know this is where he was the last time. So sometimes I come out here just to feel like I'm connecting because I’m still praying for justice," Roberts explained.

Police found the 22-year-old's body inside the park that October.

Investigators said he was shot at close range seven or eight times.

"Because of the fact that I know it's still an open case and it's not a cold case as they consider, I still got hope. So that makes me know somebody wants justice for my son," Roberts told FOX 5's Brian Hill.

Roberts said her son was in the music industry. He was a Hip-Hop artist. 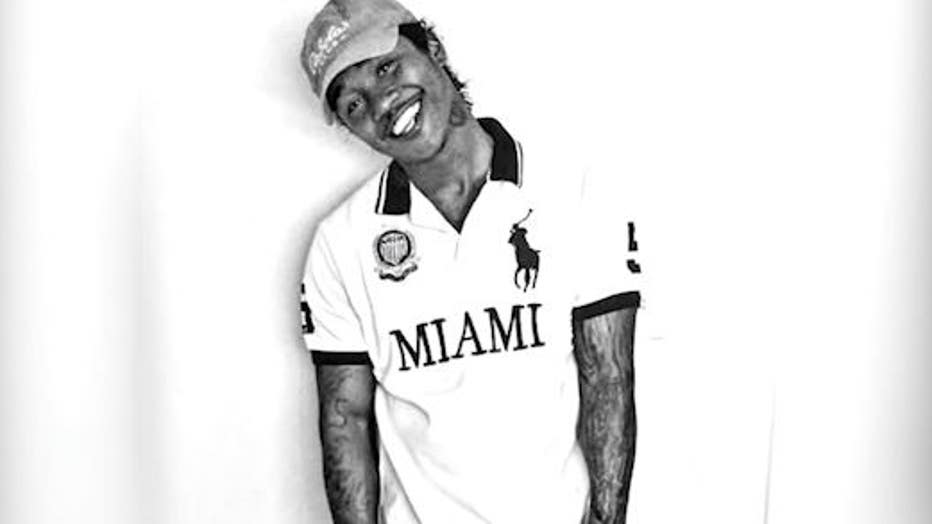 During the initial investigation, police said they believed he was lured to the park for some type of music video.

"I don't believe the disguise of a music video. If it was a music video, we would have known, I'm his mom," she said. His mother believes her son knew his killers.

Four years later, the father of two's loved ones have so many lingering questions about why he was at the park and left to die.

"Good, bad, ugly. Whatever. I just want to know what happened to my child and why did my son have to die," she explained.

Martin is urging anyone who knows about her son's death to come forward and help bring some closure to her family.

"Even the people that had involvement with murdering my son, I pray for them because at the end of the day, I forgive them," Martin explained.

Authorities have not released an update on the status of the case.

Anyone with information regarding the case is asked to contact the South Fulton Police Department.