ATLANTA - The COVID-19 pandemic has caused profound changes in the way most Americans think, shop, work, and even where we prefer to live.

One way the virus may be impacting Atlanta and the rest of the country is a possible surge in people moving to the suburbs.

While real estate expert John Adams hasn't found any hard evidence to back up the anecdotes about the trend, he says talking to metro Atlanta realtors, there has been evidence that people are moving out of urban areas and into the suburbs.

Moving companies also told Adams that they were moving more Atlantans out of downtown and into the suburbs than ever before, something he considers an indicator of a possible trend. 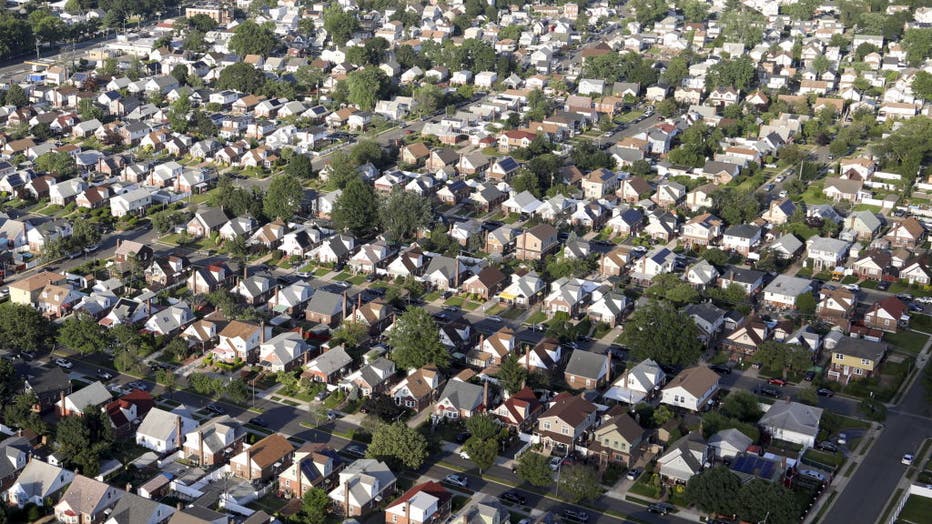 A suburban neighborhood of houses in Elmont, New York is seen in this aerial photo.

CNN has reported that the US housing market has remained red-hot this year during the pandemic as some flee expensive coastal cities for the suburbs. And these urban-dwellers likely aren't trying to make a political statement: They're simply looking for more space and cheaper prices.

According to research published this month from online real estate brokerage Redfin, lower housing costs in less urban states have driven the trend: The average home price in counties that are considered urban was $346,000 in August. Houses in suburban counties had an average price of $209,000.

The fact of the matter is that there are more folks moving to the suburbs than moving into the city, but that trend has not been as powerful in metro Atlanta as in some other large cities.

Adams joined Good Day to talk more about what may be behind the possible trend, and he'll be answering all your real estate questions Tuesday morning on the FOX 5 Facebook page.