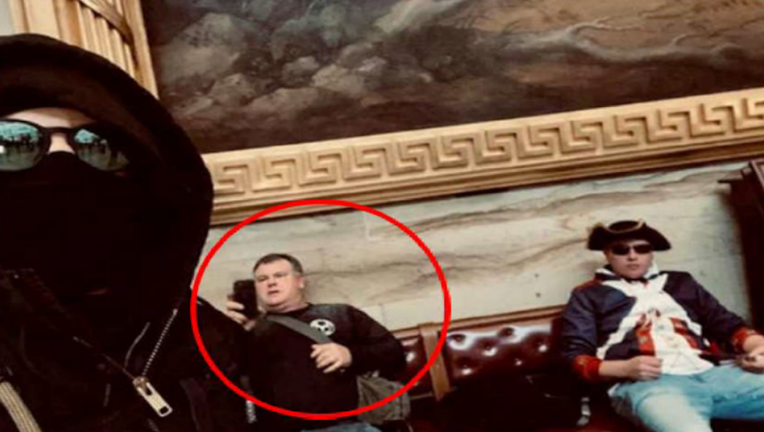 MAYS LANDING, N.J. - A comment by a New Jersey man's mother may have led to his arrest for allegedly participating in the Jan. 6 breach of the Capitol.

Robert Lee Petrosh of Mays Landing is charged with disorderly conduct in a restricted building and other offenses. A criminal complaint filed Wednesday says the FBI received an online tip that Petrosh had been in the Capitol building that day.

The caller went on to give a physical description of Petrosh, and later informed authorities over the phone that Petrosh had been ‘lying low’ following other arrests tied to the Capitol breach.

The FBI later obtained a driver's license photo of Petrosh and found a photograph and security footage from inside the building of a man that resembled him.

An FBI task force member who has known Petrosh for approximately also allegedly confirmed his identity, according to authorities.

Petrosh has been released on $50,000 bond. A message left Thursday with his attorney was not immediately returned.