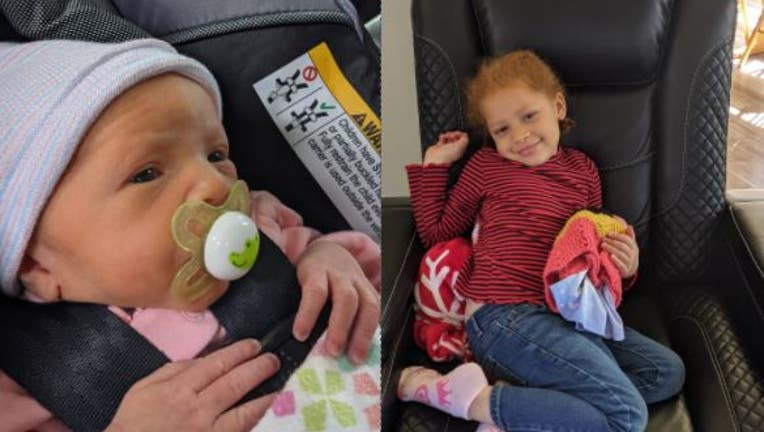 GRIFFIN, Ga. - Police in Griffin said two children who were believed to be with an "armed and dangerous" man have been located and are safe. Police said the suspect is in custody.

On Friday, Griffin police posted an alert on their social media to be on the lookout for Sage, 3 months old, and Violet Dowell, 3 years old. Police said they were believed to be with their mother who was in the company of 51-year-old Curtis Dowell.

Dowell had an active warrant stemming from an armed robbery at Louise’s Cafeteria in downtown Griffin on May 5. Investigators said Dowell entered the back of the business armed and threatened the manager at knifepoint. He made off with an undisclosed amount of cash.

Police were concerned for the children and their mother’s safety if officers confronted Dowell and issued the alert on Friday.

Dowell was taken into custody on Monday without further incident.