The "Last Dance" documentary has everyone wanting a little piece of Michael Jordan.

But a popular memorabilia item will cost you.

The shoes are autographed and each shoe is a different size. The left is a 13 and the right is a 13 and a half. 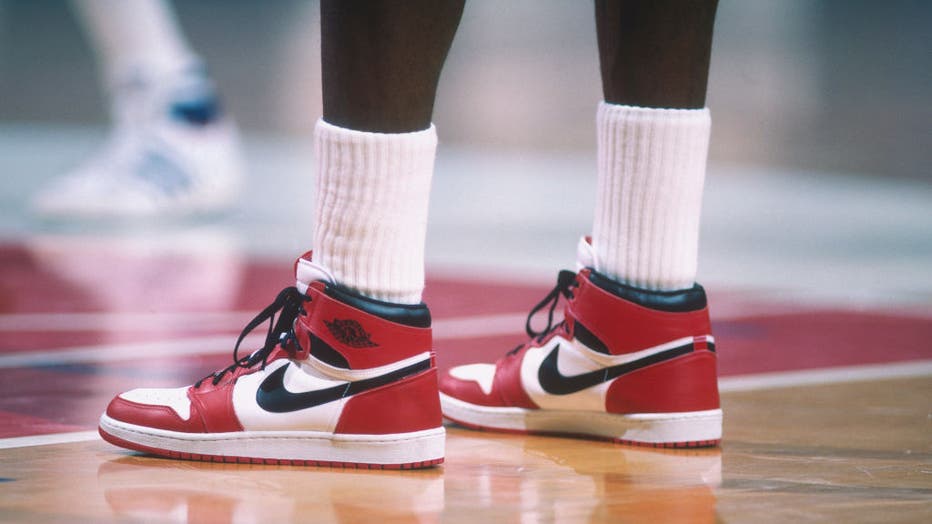 Detail of the "Air Jordan" Nike shoes worn by Chicago Bulls' center Michael Jordan #23 during a game against the Washington Bullets at Capital Centre circa 1985. (Focus on Sport via Getty Images)