Atlanta Mayor Keisha Lance Bottoms has released an open letter about her decision not to seek another term and what her future holds.

ATLANTA - Atlanta Mayor Keisha Lance Bottoms will not be seeking a second term, the mayor announced in an open letter to the city released on Thursday evening.

The city’s 60th mayor initially made the announcement on an online chat with staff and close supporters on Thursday evening.

After news of her decision broke, the mayor tweeted an open letter explaining her decision that reads in part:

"As Derek and I have given thoughtful prayer and consideration to the season now before us, it is with deep emotions that I hold my head high, and choose not to seek another term as Mayor."

Bottoms has said to be eyeing a private-sector job, possibly as a lobbyist.

Sources indicated the mayor might leave town when her term ends. But, FOX 5 has learned she has no plans to leave Atlanta.

The mayor is expected to serve out the remainder of her term.

Atlanta Mayor Keisha Lance Bottoms said she will not seek a second term.

The news comes as a shock to many due to the political capital she has earned during her tenure as mayor, even at one point being considered to be the running mate for the Biden campaign.

Bottoms beat out 11 candidates in 2017 to take the city's top spot. During her term, she has had to deal with the coronavirus pandemic, claims of police brutality, riots, and most recently, a rise in violent crime in the city. Shootings are up 50 percent compared to this time last year.

She had already raised more than a half-million dollars and had fundraised with President Joe Biden earlier this year.

The mayor is expected to hold a press conference Friday morning at 10 a.m. at City Hall.

As for who is running, attorney Sharon Gay, who was a former aide to Mayor Bill Campbell, and Atlanta City Council President Felicia Moore have both launched campaigns for mayor. Atlanta City Council Member Antonio Brown has expressed his interest in running. And there talk former Mayor Kasim Reed may try to vie a third term.

The filing deadline to run for mayor is August 20. The election is on Nov. 2 with a possible runoff on Nov. 30. 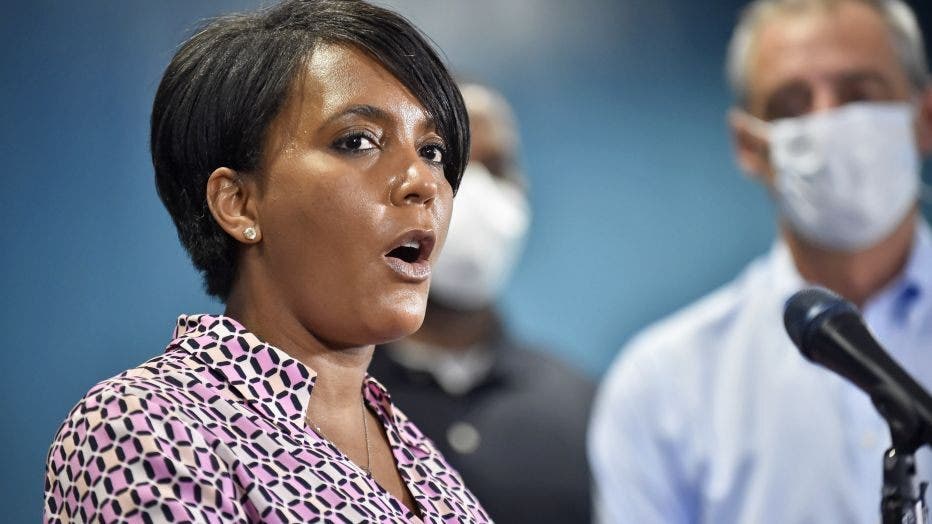