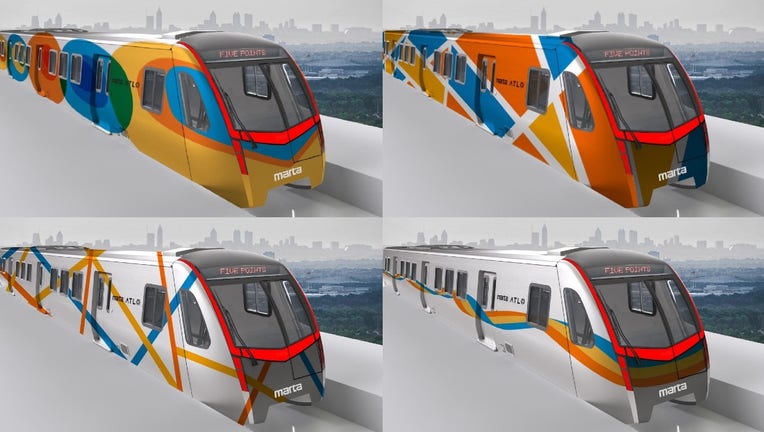 ATLANTA - The Metropolitan Atlanta Rapid Transit Authority will retire its entire fleet in the coming years and is asking the public to help them choose the design of its new set of railcars.

In total, the transit agency is allowing Atlantans to pick one of eight designs for their new cars. The designs are separated into the four themes of minimalist, flowing, neighborhoods, and tracks.

The vote comes a few months after more than a thousand people helped provide insight on the first phase of the "Your Ride, You Decide" campaign - providing input on the interior of the cars including seating, signing, hand-holds, and more enhancements.

The new railcars are slated to arrive in stations in 2023 and will feature more options for standing riders, specially marked areas for bikes and strollers, and dedicated spaces for wheelchairs.

You can click here to view each design and pick out your favorite. You'll need to create a free account to rate or leave a comment about any of the designs, which you can do here.

MARTA will also be conducting in-person surveys at rail stations across the city.

The results of the vote and comments will be released at a later date.