JONESBORO, Ga. - A suspect who US Marshals said shot at them and barricaded himself in a Clayton County home while being served an arrest warrant for making terrorist threats is in custody after surrendering to a SWAT team on Tuesday afternoon.

According to Clayton County police, the department's SWAT team was assisting U.S. Marshals with serving a warrant around noon when the suspect, identified as Timothy James O'Neil, fired shots at the officers.

US Marshals had been watching the house on Bimini Drive for hours. Around noon, they moved in to make the arrest, but they said O’Neil fired 10 rounds at them.

O'Neil then barricaded himself inside the home located on the 6000 block of Bimini Drive in Forest Park, police said. Officials called in the SWAT team, closed Interstate 75 southbound and shut down neighborhoods while they began negotiations. 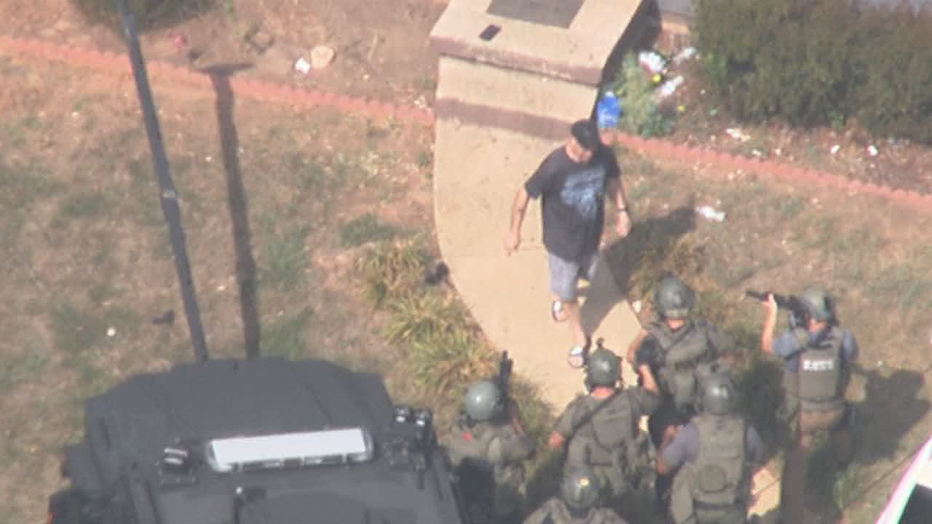 Clayton County police said they used a robot and a chemical irritant to flush O’Neil out of the house.

A little before 3 p.m., O'Neil walked out and was taken down by the SWAT team. Clayton County police searched the home and have determined that there were no hostages inside. 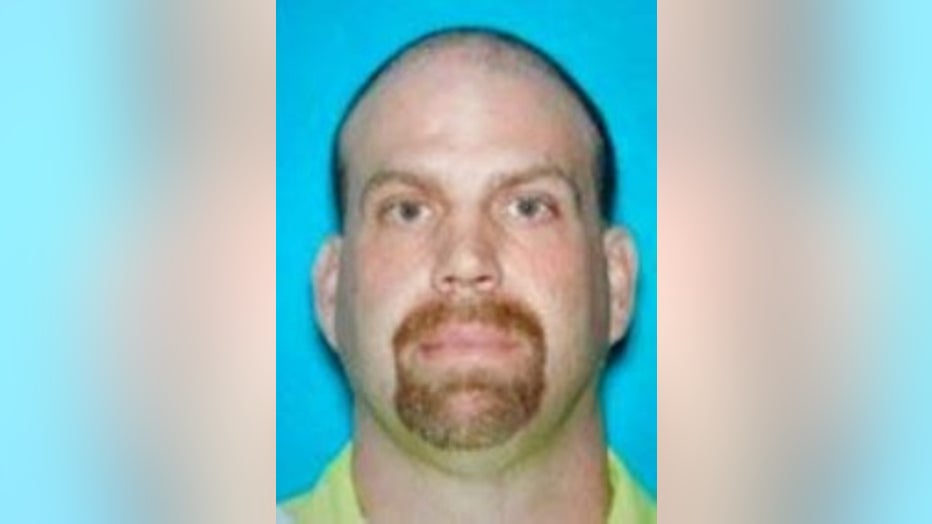 US Marshals said O’Neil threatened to kill his girlfriend in Nebraska Sunday night. The girlfriend called the police, but O’Neil took off and drove to his sister's house in Clayton County. Before O’Neil left, Marshal's said he told his girlfriend he had 500 rounds of ammunition and plan to conduct a mass shooting at a Walmart and kill as many people as he could. It is not immediately clear which Walmart the suspect allegedly planned to target.

"He is all bark. He really is a nice guy, who needs help and doesn't know how to get it", his sister Mary Solis said with tears in her eyes.

Neither O'Neil or any officers were injured in the incident.

Police have not yet released what O'Neil will be charged with.

The situation affected all lanes of Interstate 75 southbound near exit 235 onto Tara Boulevard. At around 3:10 p.m., police reopened both sides of I-75 for traffic.