Family of pastor stabbed to death speaks out

A pastor was stabbed to death by a man the family says she was providing guidance too. The family spoke about Pastor Marita Harrell and said she was a woman who served God through others. Police say they have arrested the suspect.

DEKALB COUNTY, Ga. - Rev. Marita Harrell had a smile that could light up a whole room. Many who knew the 57-year-old mother might say her face was the reflection of God’s love.

The community came together nearly 48 hours after the badly burned body of the senior pastor at Connections at Metropolitan UMC was found by her husband and her eldest daughter in a van abandoned along the isolated Coffee Road. DeKalb County police said Harrell had been stabbed to death at a home along Panola Road, Griggs then dumped her body into her van, drove to the remote location, and tried to hide the crime by setting a fire, investigators said.

An online vigil was held for the pastor late Friday evening.

Christopher Griggs, 27, was arrested late Thursday evening and charged with malice murder and first-degree arson. Police said they were able to track the crime back to Griggs using the reverend's phone. Rev. Harrell had a counseling session with Griggs the same night she was found dead, investigators said.

Those close to the pastor said she often reached out to young adults to try to help them turn their lives around. Still, court records indicate Griggs should have not even been out and free the night Harrell was killed. 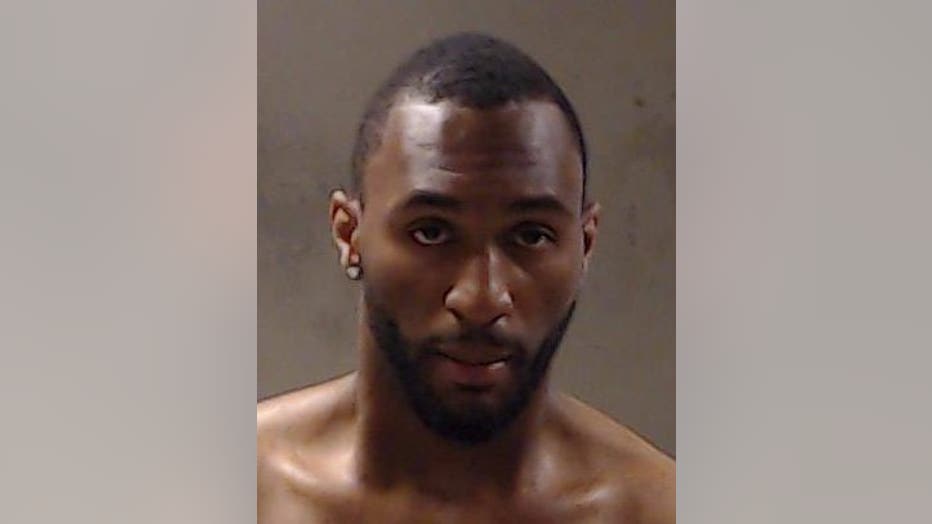 Griggs has run into several legal issues over the past few years. One of those issues were supposed to be addressed late last month in court, but records indicate he never showed. Gwinnett County Judge Deborah R. Fluker issued a bench warrant for Griggs’ arrest earlier this month after failing to appear for a hearing on April 28.

His charges date back to August 2020 when police said Griggs walked onto a Gwinnett County car dealership’s lot dressed as a detective with handcuffs, a gun, and a badge. He claimed a vehicle in for repair was part of a hit-and-run investigation and he needed to take it, witnesses told detectives. The young man then drove off the lot. Police said the dealer followed him and eventually confronted him, not believing Griggs. Eventually, police said Griggs told investigators that the vehicle belonged to a family member and he was trying to swap out good parts on the vehicle for faulty ones from another vehicle so that insurance would end up paying for it.

Griggs was booked in the Gwinnett County Adult Detention Center where he would spend the next two months. Jail records indicate he was free for only 12 days before being arrested again for posing as an officer, but this time DeKalb County police said he sexually battered a woman. Griggs was dressed in a tactical police uniform, investigators said, when he approached the woman in a parking garage off Redan Road, he used the threat of arrest to hold her against her will and overpowered her. The woman was able to eventually get away and call 911.

After a month in jail, Griggs was charged with attempting to take a guard’s firearm. He would eventually be transferred to the Fulton County Jail in March, where records show he spent the next year.

It was late last fall when Rev. Harrell entered Griggs’ life. She began to mentor the young and man and give counsel. Despite her efforts, court records indicate Griggs missed two court hearings in Gwinnett County after he was released, once at the end of March and the other at the end of April. Bench warrants would be issued for his arrest after each.

Family concerned over the dangers of Rev. Marita Harrell mentoring

Pastor Harrell’s family said she loved everybody no matter their walk of life. Her family expressed their concerns about some of the people she was mentoring, but she explained to them that God had put a calling on her life to help those in need.

"She had an open, wonderful and accepting heart and she was always willing to learn about new people and she loved people," her daughter Alyse reflected

Ms. Harrell had nothing but praise for her mother. The family said the 57-year-old had been a ferocious advocate for her two daughters, a loving wife to her husband Antonio, and a person who loved and served people.

"That was a point of contention between the two of us, between all of us, especially with this gentleman because he called two weeks ago," said Antonio Harrell, the pastor’s husband. "She told me, ‘Antonio, God has placed these people in my life, I cannot turn away from them.’"

When the senior pastor at Connections at Metropolitan United Methodist Church didn't make it home Wednesday night, her husband and older daughter went looking for her by tracking her phone. Antonio and Marae discovered the unimaginable.

"I was there and I still didn't believe it.  I was expecting her to wake up, open her eyes or move," said Marae Harrell, the pastor’s daughter.

The Harrell family said Marita’s legacy will live on through them and all the people she touched.

"Her light will be shining forever. She's gonna be around forever," Marae concluded.

In addition to her husband and two daughters, Pastor Harrell is survived by her elderly parents who also live in the metro Atlanta area.

The UMC community came together on Friday evening for a virtual vigil for Rev. Marita Harrell, who was found dead on Wednesday evening.

‘The Gathered Community’ in mourning for Pastor Marita Harrell

Connections at Metropolitan UMC have not said how they will handle Sunday services this weekend.

The church posted a statement to its Facebook page that reads:

"I know we have all heard about the passing of our beloved Pastor Marita Harrell. Please be sure to keep each other and especially her family and friends in your prayers during this tragedy."

"Spread kindness in her memory!"

Funeral services have not yet been announced.