Marietta police say large rocks were thrown down onto I-75 from the area of the Allgood Road overpass.

MARIETTA, Ga. - As many as 20 drivers have reported damage to their cars after the Marietta Police Department said someone threw rocks from a bridge over the Interstate 75 express lanes during rush hour Wednesday.

"I heard this huge pop and my windshield shattered. I knew I had been hit. I didn't know if it was a gunshot or a rock," recalled Venessa Lanier, who said her car was hit with two rocks around 6:30 p.m.

Lanier said she was so scared that someone might be shooting at her that she did not want to pull over or stop her car. She instead called the police once she was safely home in Woodstock.

"There was glass shards on me and I just prayed all the way home that it wouldn't pop open and break all over me," Lanier said. "It was pretty terrifying." 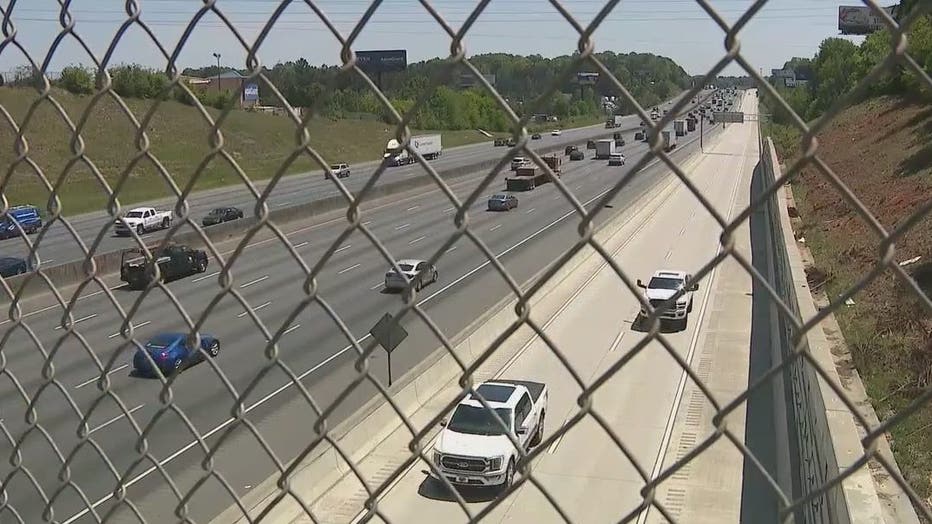 According to Chuck McPhilamy with the Marietta Police Department, they initially thought the rocks or concrete may have fallen from an overpass, but workers with the Georgia Department of Transporation found no sign of that.

McPhilamy said people reported the rocks were the size of softballs and even footballs--much to0 large for a car or truck to have accidentally kicked them up off of the pavement.

"The appearance at this point is that someone has gotten to a place on that bridge where they were able to throw things out onto the roadway," McPhilamy explained. "We need the public's help. At this point, we don't have a suspect and we're looking to the public to try and help us identify what have they seen, what could help us go in the right direction." 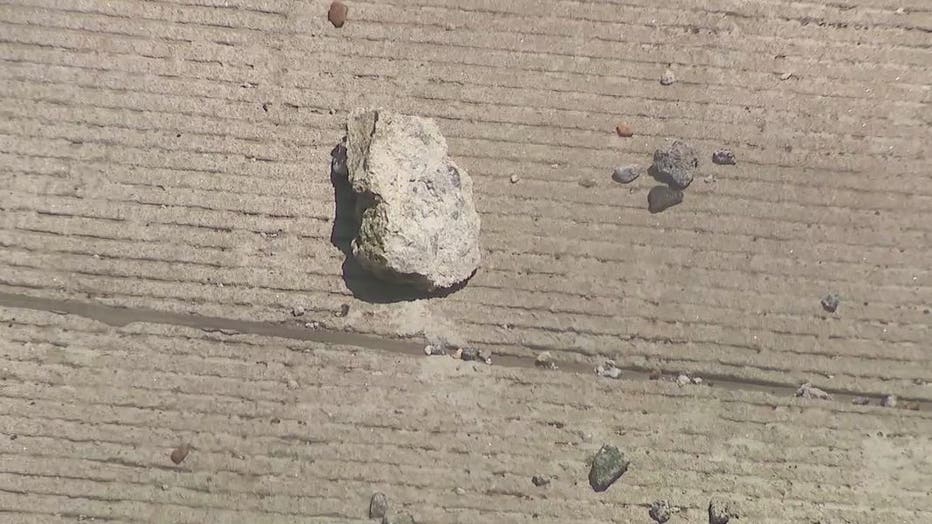 Marietta police say rocks, some as big as softballs, were thrown from the Allgood Road overpass onto vehicles traveling along I-75 on the evening of April 22, 2021. (FOX 5)

Fortunately, police said no one was hurt.

"When you look at some of the photos of the damage, it's a minor miracle that they didn't swerve and hit the wall," said McPhilamy.

"If it had been six inches lower and it had gone through, I wouldn't be standing here today. There's no way. I felt blessed," said Lanier.

Investigators ask anyone with information to reach out to the Marietta Police Department. Anyone who prefers to remain anonymous can contact Crime Stoppers of Greater Atlanta.