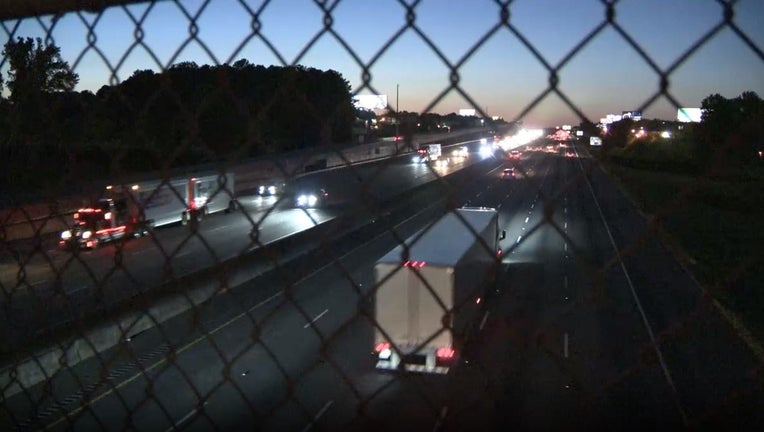 Police are investigating after dozens of vehicles were damaged along I-75 at the Allgood Road overpass in Marietta on April 21, 2021. (FOX 5)

MARIETTA, Ga. - Marietta police are investigating after about a dozen cars were damaged while traveling along the Northwest Expressway on Wednesday evening.

Police confirm drivers were reporting what appeared to be chunks of concrete falling down on passing vehicles along Interstate 75 near the Allgood Road overpass around 7:15 p.m.

Both officers and crews from the Georgia Department of Transporation responded and found no visible structural damage to the structure over the busy interstate.

At least a dozen vehicles were damaged by the objects, some as big as softballs, police said. One woman reported to police an object damaged her windshield.

Marietta police are asking anyone who may know who may be responsible to call the tip line at 770-794-6990.