ATLANTA - A man and woman are in critical condition at Grady Memorial Hospital after an overnight shooting in Southwest Atlanta.

Officers were responding to a different call when they heard gunshots and screaming at the apartment complex.

Gunshots sounded off shortly after midnight Sunday, catching the attention of Atlanta police officers, who were responding to a nearby noise complaint.

"He heard about four to five shots in there," said Atlanta Police Capt. Jessica Bruce. "He immediately heard some screaming, ran across the street, located an adult male and adult female. Both had been shot."

The late-night violence happened in an apartment complex in the 200 block of Peyton Place. Investigators now are combing the area for evidence and witnesses, unsure of what exactly panned out.

"We have no witnesses on the scene, [and we're] not able to talk to the victims, so at this point, we are just not clear on what occurred," Bruce said. That means investigators also are not sure if there is a gunman on the run or if the incident was contained between the man and woman. 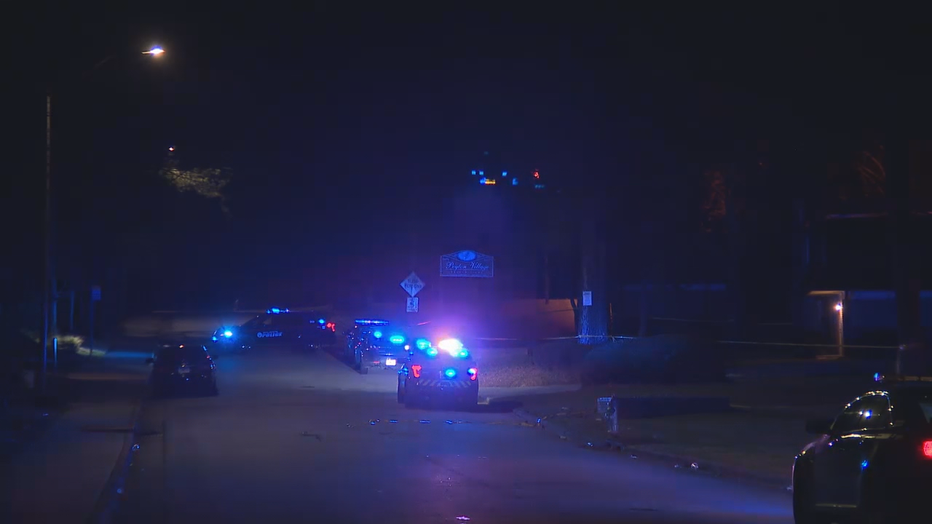