The search for the shooter in an Atlantic Station shooting.

ATLANTA - Police said a man is being treated for a gunshot wound after a shooting near Atlantic Station on Monday afternoon.

The Atlanta Police Department said it received a call of shots fired at 3:52 p.m. on 1371 Market Street in Atlanta and officers found the man shot after responding.

He was conscious and breathing when medical personnel rushed him to the hospital, police said.

Atlanta police are investigating after a man was shot at Atlantic Station.

SKYFOX 5 flew over the scene shortly before 5 p.m. and saw police surrounding two vehicles.  One of those vehicles had multiple bullet holes in it.

Crime scene tape blocked off Village Street and at least one lane of 17th Street was closed while investigators combed over the scene.

Police are investigating a shooting at Atlantic Station.

Police said investigators are working to determine what led up to the shooting. 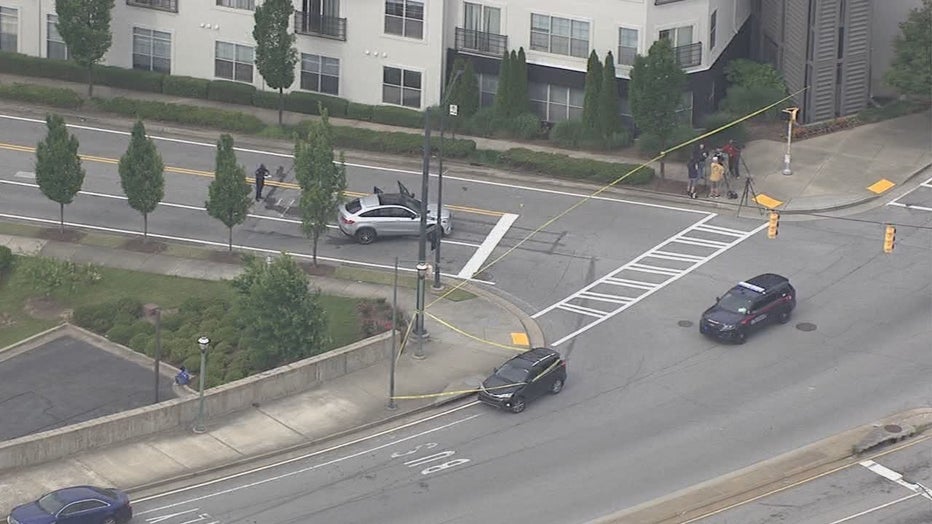 Police tape blocked off Market Street and at least one lane of 17th Street was closed while investigators combed over the scene. (FOX 5 Atlanta) 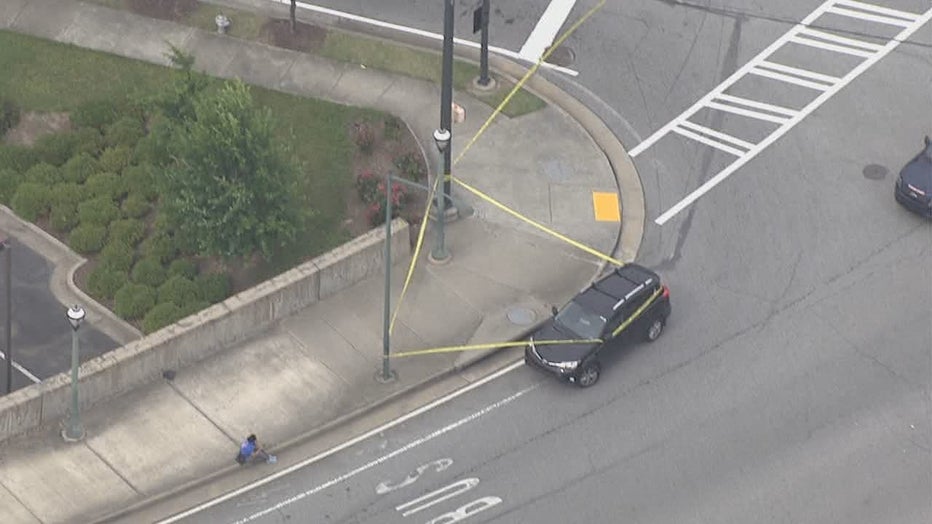