DEKALB COUNTY, Ga. - A bomb squad is investigating what appears to be a deadly explosion in a DeKalb County neighborhood Sunday morning. 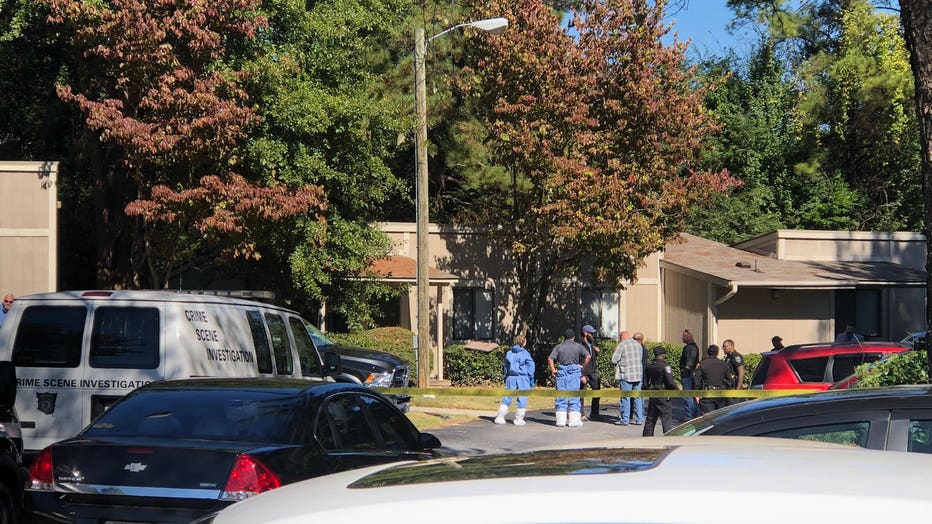 Neighbors on Redan Road near the Redan Cove Apartments told FOX 5 that they heard a huge bang Sunday morning that sounded like an explosion.

When police investigated, they say they found a man dead outside one of the homes in the neighborhood.

“I’m just trying to put it all together,” said Adrienne Hall.

Hall told FOX 5, she thought someone was playing some type of Halloween prank in her yard.

“That’s why I thought it was the top part of a Mannequin,” said Hall.

Officials have not confirmed how the man died but said the man's body was not intact and a bomb has not been found on the property. According to police, they have do not believe the death was a homicide but are not ruling it out while their investigation continues.

FOX 5 cameras saw police units putting on blue suits as they continued their investigation. A large part of the complex has been taped off in the complex.

DeKalb County Police and the FBI set up a command center and brought in the bomb squad to help process the scene and determine if there were any other threats to the community.

FOX 5 cameras saw police units putting on blue suits as they continued their investigation. A large part of the complex was taped off.

“This is something we don’t see every day,” said Major A.T. Mears, DeKalb County Police.

Investigators are still working to identify the man and determine whether he was a resident at this complex. When he was found, Investigators say he was wearing a mask.

“It was cold last night,” said Mears. “He had a hoody that had a mask to it probably to keep warm.”

So many unanswered questions has left many in this neighborhood disturbed and unsettled.

“My heart is heavy, now that I know this is person,” said Hall.

Police have not identified the victim at this time.