The family of a young father found murdered in his car are searching for answers. Police are trying to figure out who murdered Danzel Mullins.

ATLANTA - A young father was found murdered inside his car. Nearly four months later, his family still has no answer as to who is responsible for the 24-year-old’s death and why he was the target.

Loved ones said these past few months have been painful and that hurt is worsened by the fact that no one has been held accountable.

"It's a nightmare like every day we wake up thinking who did this to him,' Mullins girlfriend Quin Battle said.

Many of his loved ones gathered Monday afternoon at the spot where he took his last breath.

On the ground sits a set of flowers, a reminder of what happened here on July 17.

"When I got here, my sister was standing out here and his car was there and it was just playing music and they was just saying he was gone. I collapsed right there at that step," his aunt Chamika said.

That summer afternoon, investigators say they found the father of one dead inside his car.

This is near Joseph E Lowrey Boulevard. 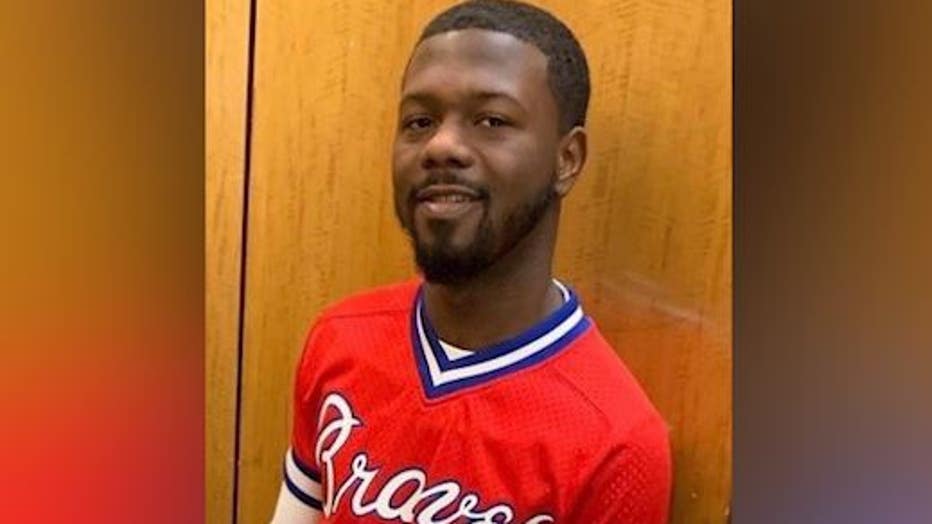 Investigators said they believe the aspiring rapper was driving in this area when he was shot and killed.

"They don't have any leads. We just need the answers," Chamika explained.

In the doorbell camera footage, the parked Nissan slowly pulled up beside Mullin's car that's slightly blocked from the camera's view.

The video briefly freezes then shows Mullins' back into a red SUV, his tires squealing, before coming to a stop.

That blue suspect vehicle speeds off.

"He's from this community so it was just natural for him to hang over this way. That's what he was doing. He was coming down this street parking. He didn't expect that," Chamika said.

The 24-year-old's family is desperate right now for anyone to come forward with any tips so they can finally understand what happened and get closure as they come to terms with living life without him.

The family said there is a 3,500 reward available in this case.

If you know anything, call Crime Stoppers.