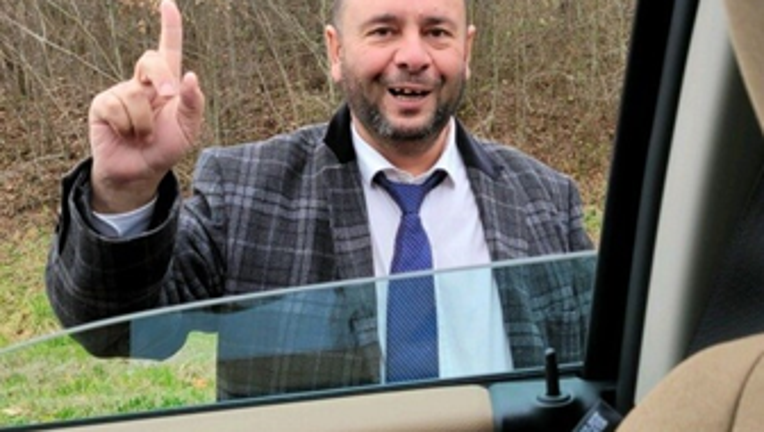 Police said this man appeared to need help along I-75 SB in Henry County, but ended up robbing a motorist at gunpoint on March 1, 2021. (Henry County Police Department)

HENRY COUNTY, Ga. - Police in Henry County are searching for a man who investigators said flagged down someone along the interstate, appearing to need help, and then robbed that person at gunpoint.

The Henry County Police Department posted a photo of the man to its Facebook page about an hour after the incident happened. Police said on Monday around 4 p.m. the man was spotted by a motorist along Interstate 75 at the southbound entrance ramp from Jonesboro Road.

Police said the suspect was standing next to a red minivan with its hood up, pretending to need assistance.

The man approached the motorist stopping to help and pulled out a handgun, police said, robbing the victim of his valuables. The suspect then fled the scene southbound on I-75.