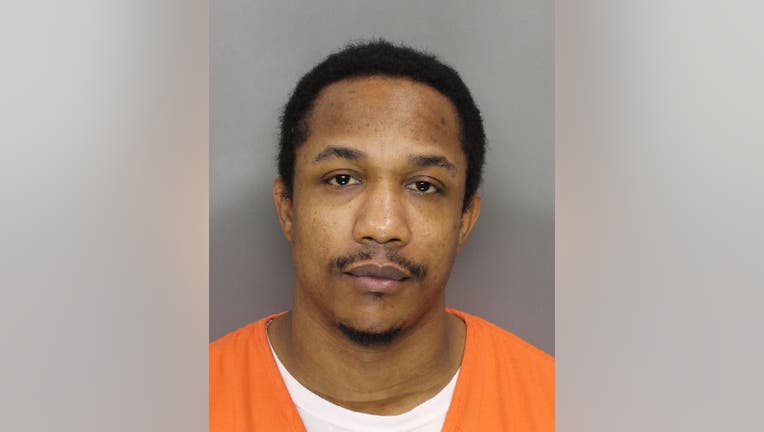 COBB COUNTY, Ga. - A man has been sentenced to life in prison after he was found guilty of murdering a complete stranger earlier this year in Cobb County.

On Sept. 21, a Cobb County jury found Jamaar Bracey guilty of malice murder, felony murder, aggravated assault, and possession of a firearm during a crime for the murder of 22-year-old father of two Shawn Gray.

According to investigators, Bracey believed that Gray was involved in a drive-by shooting in Chicago in early January that injured Bracey's nephew.

Investigators say Bracey stalked a Facebook group he believed was responsible because they lived in the home where the shooting happened. Through that group, he found a picture that showed that a member of the group, the son of Gray's girlfriend, was in the Atlanta area. Gray, his girlfriend, and her son had traveled to Atlanta to celebrate the woman's birthday.

When he learned they were in Atlanta, Cobb County officials say Bracey hunted down the group, going as far as sitting outside the hotel for 10 and a half hours and putting a tracking device on Gray's rental car.

On Jan. 17 at around 3:30 a.m., investigators say Bracey and codefendant Ashley Davis followed Gray back to his hotel. There, Bracey snuck up on the unsuspecting man and fired six shots. Gray tried to run but was fell to his death on an embankment outside the hotel. A maintenance man found Gray's bloody shoes and cell phone later that morning.

After the murder, prosecutors told the jury that Bracey posted on Facebook "Hurt me? I’ll let Karma do its job; Hurt my family? I’ll become Karma."

Officials say there is no proof that Gray had any connection with Bracey or the shooting of his nephew other than dating a woman of someone who formerly lived where the shooting happened.

Through surveillance video and social media data, detectives identified Bracey as the shooter. He was taken into custody in North Carolina in February of 2021.

"Jamaar Bracey is a real monster. He hunted Shawn like an animal hunts their prey. He followed, stalked, and tracked Shawn for three days before repeatedly pulling the trigger," Senior Assistant District Attorney Stephanie Greene said. "It was calculated, wanton, and coldblooded. Because of this defendant, Shawn’s children will grow up without their father—and for no reason."

A Cobb County judge sentenced Green to life in prison without parole plus five years for the crime.