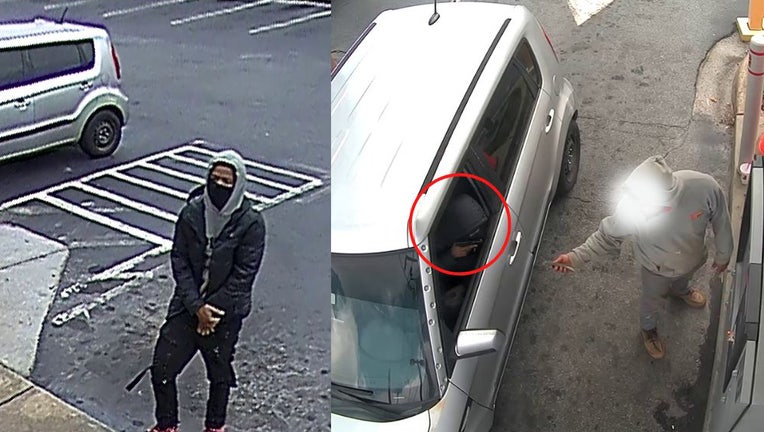 Law enforcement arrested Tzaddi Shabazz suspected of robbing a Bank of America ATM in Jonesboro before committing an identical crime in Conyers about a month later. (FOX 5 Atlanta)

JONESBORO, Ga. - Police on Friday arrested a man suspected of robbing an ATM in Jonesboro before committing an identical crime in Rockdale County about a month later.

Authorities plan to transfer him to Clayton County to face charges in the Jan. 5 armed robbery.

Police said Shabazz was identified as the suspect in a robbery that happened around 12:41 p.m. that day at a Bank of America ATM.

Investigators linked that crime to a Feb. 6 robbery in Conyers after Jonesboro police found similarities between the two crimes.