A man jumped in a car with a 10-year-old inside and took off. The Fulton County Police Air Unit helped law enforcement track the suspect down and reunite the boy with his mother.

ATLANTA - The man accused of stealing a running car with a child sitting in the back seat appeared in court on Tuesday morning.

A Fulton County judge granted Darius White a $20,000 bond. He is charged with kidnapping, cruelty to children and theft by taking for allegedly jump into a car and driving off while a child sat in the back seat on Monday morning on Ralph David Abernathy Boulevard.

Police returned the child to their mother on Monday after law enforcement tracked the stolen car from the air and Georgia State Patrol disabled it.

It happened at around 8:45 a.m. Monday near 888 Ralph David Abernathy Boulevard.

Atlanta Police Department Captain Felicia Claxton said someone reported the stolen car to police, then officers learned there was a 10-year-old inside. 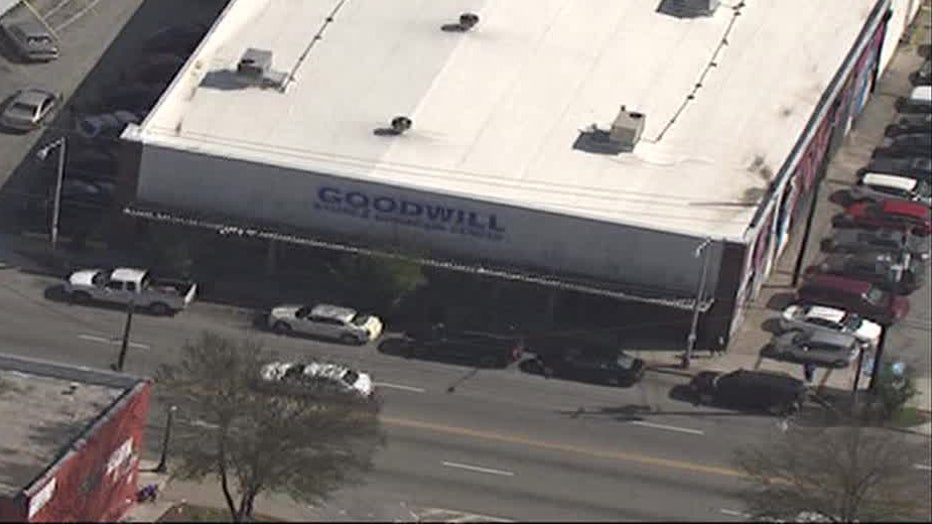 Police said a running car with a child inside was stolen on Ralph David Abernathy Boulevard.  (FOX 5 Atlanta)

The Fulton County Police Air Unit assisted Atlanta police and found the stolen car within an hour of the initial report.

White allegedly got out of the car and ran of foot, and the helicopter tracked him until law enforcement took him into custody.