JOHNS CREEK, Ga. - It is a mail mystery in Johns Creek. The actions of a postal worker are under investigation by two agencies.

A resident, who captured images on his home surveillance, said he will not give up trying to get some answers as to what occurred.

It was on October 5, when Kevin Harmon says Amazon notified him that a package had been delivered. But there was nothing at the front door.

Harmon decided to check his home camera. And there it was. A small item was dropped off by an Amazon driver. Now, about one hour later, the camera showed a female postal employee, in a postal truck, come to the front door and pick up the package. She went back to her truck and drove away.

"I couldn't believe what I was seeing," Harmon said. He had the police come out and gave them the video. 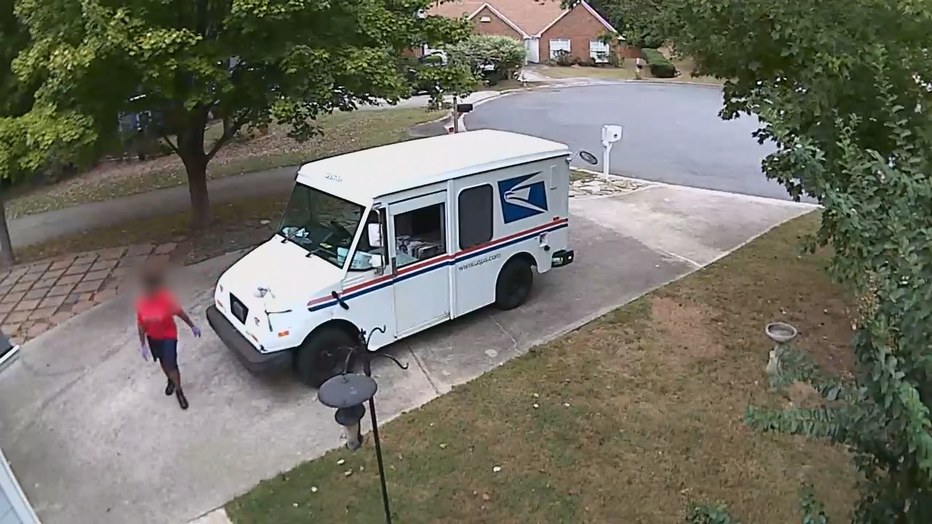 It is nearly three weeks later, and Harmon said he still does not know why his package disappeared. It had not been returned by the post office.

Local police and the investigative arm of the postal division say their joint investigation is continuing.

So, what is the status of the postal worker? Has she been taken off all routes pending the outcome of the investigation?

A spokesman said he cannot give customers an answer due to federal privacy rules.