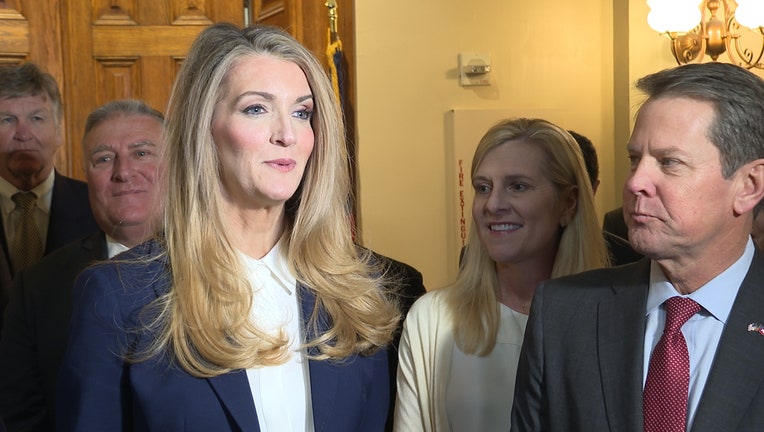 According to campaign staff, they invited 100,000 voters from across the state to participate.  It was not clear whether those invited were also Loeffler supporters.

Both Kemp and Loeffler briefed participants on their efforts to combat the virus, including a new federal aid package Congress is expected to give final approval on Thursday.

"I'll continue to advocate for our state and make sure that we have the resources we need as we recover on this kind of gradual path that we're on," said Sen. Loeffler.

While only a few pre-screened people were allowed to ask questions of Loeffler and Kemp, a recurring theme was how they plan to balance the health and economic interests of Georgians.

"Obviously our number one concern is keeping people healthy and protecting them," said Gov. Kemp.  "But number two there is economic concessions that come with that--putting so many people out of work--and at some point you get where that really gets people in a place where they have less concern about their health and well-being and more concerned about feeding their family and paying their rent and quite honestly, they just start disregarding what the government's telling them.  I feel like we're getting close to the breaking point in regards to that."

Kemp appointed Loeffler to temporarily fill the seat vacated by the retirement of Sen. Johnny Isakson.  She is now running to fulfill the remainder of Isakson's term.

One of her opponents, Congressman Doug Collins, R-Georgia, has critized Loeffler for using the COVID-19 pandemic for political purposes after her campaign set up a website with links to important coronavirus resources and includes a disclaimer that visitors who sign up for updates from the site consent to campaign-related texts and phone calls.